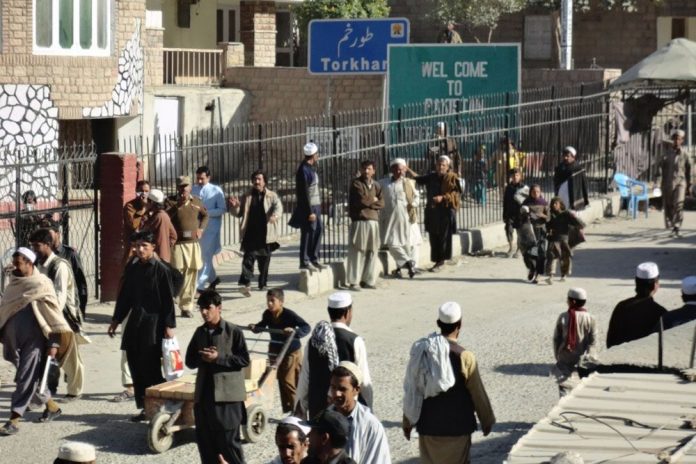 LANDIKOTAL: President of All Torkham Transport Union Azeemullah Shinwari says the attitude of police with transporters is not right.

The transport union president said only the empty containers are being allowed to enter Pakistan from Afghanistan via Torkham border. He said permission must be granted to entry of vehicles bringing fruit, vegetables and coal from Afghanistan.

The transport union president said transport plays important role in the country’s economy, but instead of recognizing their contributions, the drivers of Pakistan and Afghanistan are being subjected to harsh treatment. He said the Customs Department must work under the law and other institutions must also improve behavior with transporters. He said senior and responsible officials must be deputed on duty at important check posts.

A day earlier, the labour union staged a protest in Landikotal against strict attitude by the officials at the Pak-Afghan border in Torkham.

Torkham labour union president Israr Shinwari said that labourers working on Torkham border must not be harassed unnecessarily and they must be dealt with politely. He said hundreds of labourers were left jobless due to closure of the border for the last several months after the outbreak of coronavirus pandemic.

Israr Shinwari said now the government has reopened the border for four days a week for pedestrians after which the local labourers have again started finding work. The labour union leader demanded the Frontier Corps (FC), Customs, National Logistics Cell (NLC) and officials of other institutions deputed at Torkham border to make special concession with labourers and facilitate them so that they could earn livelihood with dignity. He also demanded the government to facilitate the labourers in finding work.