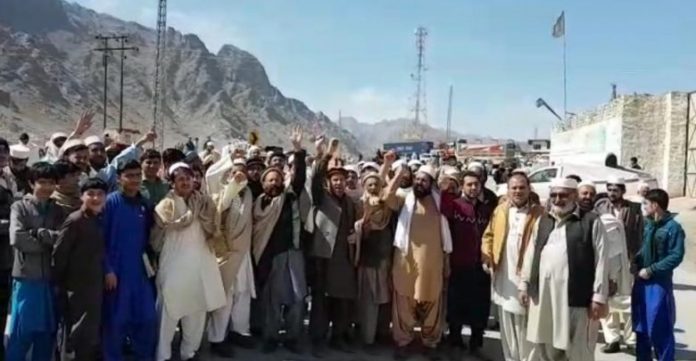 LANDIKOTAL: The transporters and owners of heavy vehicles in Khyber tribal district on Saturday staged a protest demonstration against toll tax.

The National Highways Authority (NHA) had earlier stopped collection of toll tax from heavy vehicles, but they have again started collecting this tax after which the heavy vehicle owners and drivers lodged protest.

The protesters blocked the Pak-Afghan Highway for all kinds of traffic due to which a large number of vehicles were stranded on the highway. The commuters faced difficulties due to blockage of the highway by the protesters.

The transporters are of the view that collection of toll tax is illegal as the government had promised at the time of merger of tribal districts with Khyber Pakhtunkhwa that the merged districts will be exempted from taxes for the next five years. They said KP Governor Shah Farman had also assured the transporters that they will be exempted from toll tax and other taxes.

The protesters on the Pak-Afghan Highway kept it blocked for six hours due to which long queues of stranded vehicles were witnessed. Keeping in view the difficulties of people, the district administration official held talks with the protesting transporters and assured that their grievances will be conveyed to concerned quarters. The transporters agreed to end protest on condition that their grievances must be addressed within 24 hours.

The transporters made it clear that they will resume their agitation tomorrow (Sunday) if their grievances were not addressed.