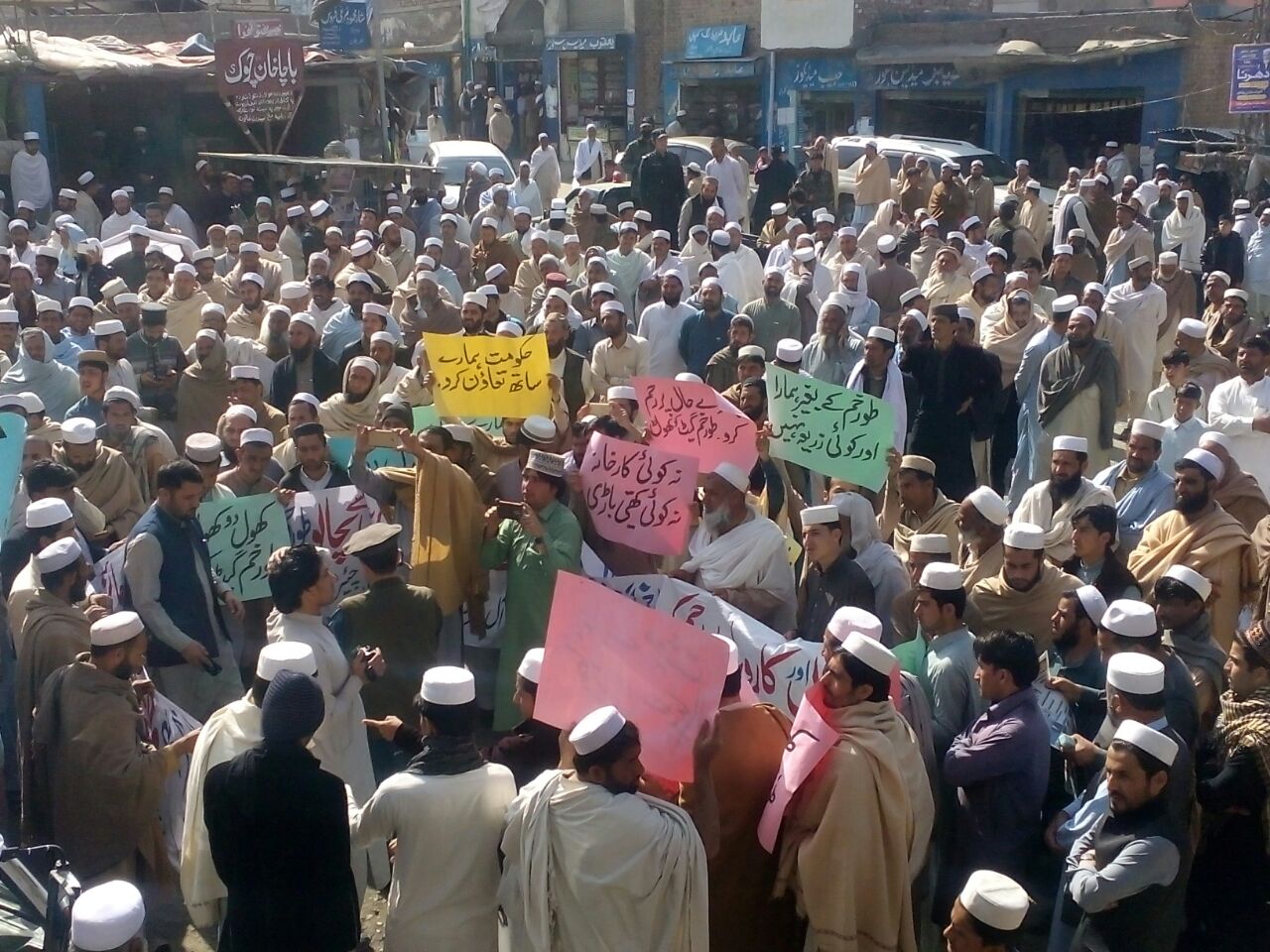 LANDIKOTAL, 18 March: Political workers, transporters and custom clearing agents on Saturday staged protest demonstration in Landikotal against the Torkham border closure.
The protest was led by All Torkham Custom Clearing Agents chairman Miraj Uddin. The protesters were holding banners, placards and black flags. They demanded of the Pakistani authorities to immediately reopen the Torkham border for trade. They said that the Pak-Afghan border closure has caused unemployment to thousands of local people. They further said that thousands of vehicles loaded with cement, steel girders, flour, and fruits are stranded on both sides of the border.
The border crossings at Torkham in Khyber Agency, remained closed on Saturday for the last one month bringing the trade between Pakistan and Afghanistan came to a complete halt.