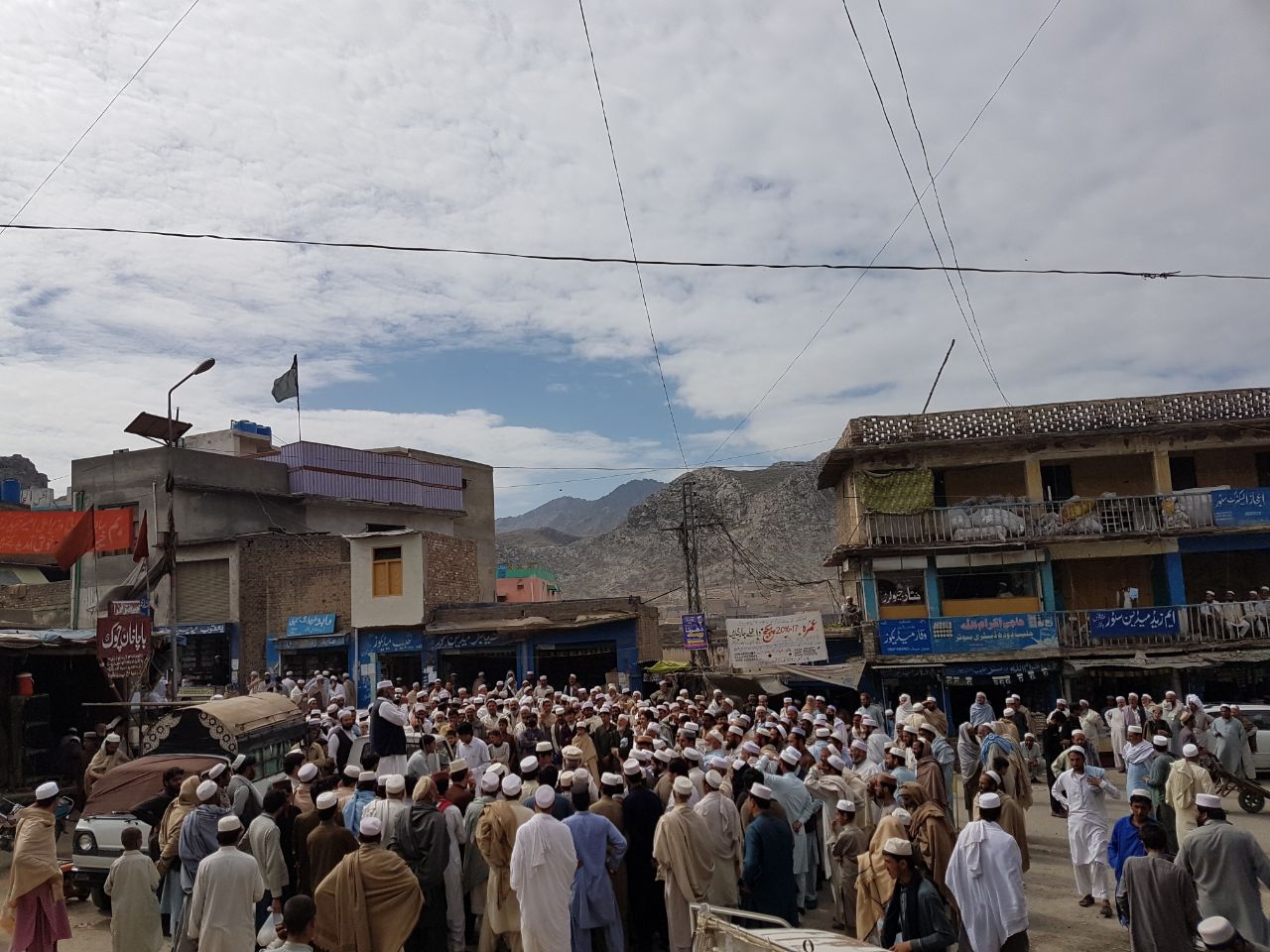 LANDIKOTAL, 26 March: Score of transporters, local politicians, truck drivers and tribals on Sunday staged a protest demonstration in Landikotal bazaar to demand withdrawal of the passport and visa condition set for Afghanistan-bound Pakistani drivers at Torkham border crossing.
A large number of transporters, politicians, truck drivers and local people took part in the demonstration held at the main Landikotal bazaar.
Addressing on the occasion, transporters said the authorities should relax the rules for Pakistani transporters and drivers. They said that Afghan authorities have no objection over Pakistani drivers to cross the border into Afghanistan however, Pakistani authorities have made procession of passport mandatory for drivers. They said that the step is affecting trade activities and also causing unemployment for drivers. They demanded of the authorities to allow drivers to cross the border by showing the original computerized national identity cards (CNICs).
Talking to TNN, transporter SHakir Afridi said that the reopening of the Torkham border is of no gain for them as their business remain close despite the reopening of the border. “We condemn the passport condition for drivers and demand of the authorities to facilitate transporters at Torkham border and issue specific passing cards for drivers and conductors to cross the border into Afghanistan,” he added.
It may be mentioned that the authorities at the Torkham border were not allowing Pakistani drivers and their helpers to cross the border without passport.
On the occasion, political leaders also supported the transporters demand. They also chanted slogans against the privatization of Landi Kotal hospital. On the occasion, Jamaat-e-Islami leader Murad Hussain Afridi and PTI leader Fakhruddin Shinwari warned the federal government against the privatization of the hospital and threatened to lock the hospital if handed over to private organization.