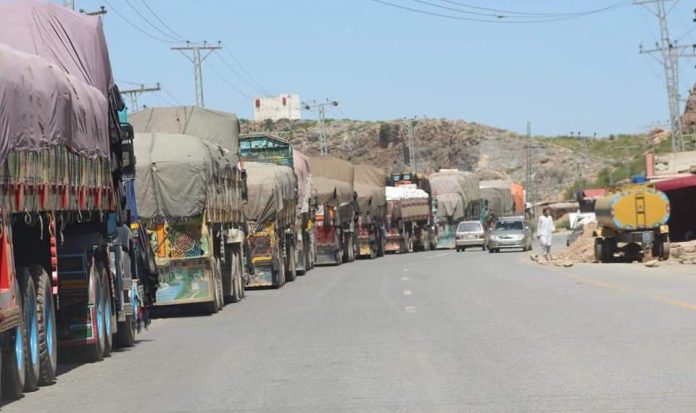 PESHAWAR: Supply of cement and other goods to Afghanistan has been suspended due to strike by transporters over no increase in fares and ban on overloading.

Sources said the government has directed all the factories to avoid putting load of more than 40 tons on all kind of vehicles carrying goods to the neighbouring country. Officials say overloaded vehicles damage the highways and it is against the law. Overloading also damages the vehicles and increases cost of maintenance. The transporters had demanded increase in fares after the government banned overloading.

Transporters are of the view that carrying weight below the limit of 40 tons is good for their vehicles and the roads, but in that case they will require increase in fares. Torkham border is presenting a deserted look after halt of goods supplies to Afghanistan from Pakistan. Business activities in the border area have also come to a halt due to strike of transporters.

The sources said talks are being held with transporters and factory owners to resolve the issue. Transporters are also demanding hike in fares due to recent increase in fuel prices. There were also reports that no loading will be carried out from Karachi till Sunday due to ongoing strike of transporters.