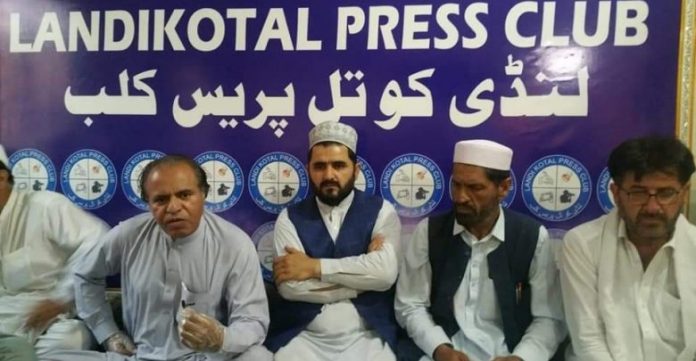 LANDIKOTAL: The Khyber Political Alliance and drivers of passenger and goods vehicles have announced to approach the court against the district administration.

Addressing a press conference at Landikotal Press Club, political leaders and representatives of transporters including Malik Nadeem Afridi, Murad Hussain Afridi, Saida Jan Afridi, Rehman Zeb Afridi and others alleged that ‘corruption dens’ have been created in Takhta Beg and Bara under the patronage of the deputy commissioner, assistant commissioner Jamrud and district police officer. They alleged that Rs4,000 extortion is received from every vehicle in Chaman and Rs2,000 from Bara to Torkham.

The trade and political leaders said hundreds of vehicles are stranded in Afghanistan while no strategy is being made for bringing back these vehicles. They appealed to the Pakistan government to make strategy for arrival of these vehicles.

They said they will approach the court if this practice of corruption was not stopped immediately. They said they would also consider the option of wheel-jam strike if they did not get justice.

Two petrol pumps have been sealed in Lakki Marwat for crating artificial shortage of petrol.

The deputy commissioner said that two pumps have been sealed for not giving petrol to consumers despite availability. He said strict action will be taken against people involved in creating artificial shortage of petrol. He also asked the manager of the oil depot to ensure smooth supply of petrol. He said there is no shortage of petrol in Lakki Marwat. However, he said, the people must also buy petrol according to their needs and avoid panic buying.

Artificial shortage of petrol has been created in different areas of Khyber Pakhtunkhwa since June 01 when the government announced reduction in petrol prices. Many petrol pumps are closed and some are accused of selling the commodity at higher prices.