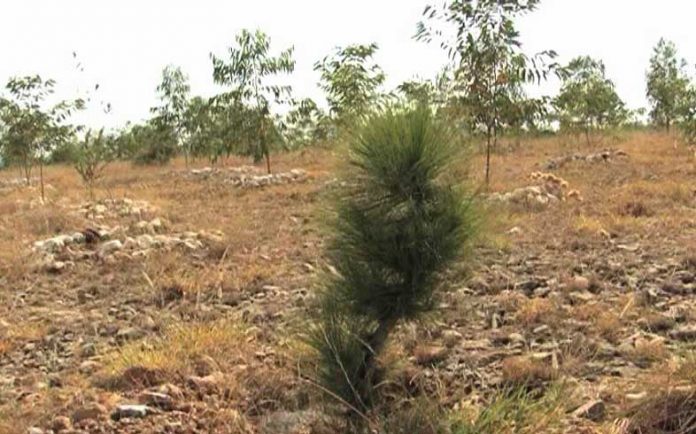 The field staff has been directed to take strict action if anyone was found involved in violating the order. The district administration has also appealed to the general public to fully cooperate in the implementation of the ban. The people have been requested to inform the district administration in case they notice any violation of tree cutting ban. Those who want to share information about ban violation may call on 0333-9777188/03319044545 or 300-798-300600/0928-0928 at deputy commissioner office or send WhatsApp at 0335-1071576.

The Forest Department secretary and Deputy Commissioner Iftikhar Alam said while talking to media that Rs27 billion would be spent on plantation of trees in merged tribal districts under the project. They trees will be planted in all parts of Mohmand tribal district which will boos the local economy and also improve environment.

The officials said the area people will be given ownership rights on the forests cultivated under the 10 Billion Tree Tsunami project. They said it is the responsibility of the government to make the plantation campaigns successful and that is the exact target of the campaign. They clarified that the government will not own these forests and trees, rather the local people will own them.

The plantation campaign will improve the local environment and will also help in reduction of climate change impact which has impacted Pakistan, particularly the tribal districts.

The officials said Palai Dam is a wonderful site and the government is planning to develop a picnic spot in the area. They said promotion of tourism in Mohmand tribal district will improve local economy and people will get job opportunities. They said it is unfortunate that the tourism potential of the area was not tapped earlier. They said there are many other sites in the merged districts which have the potential to become great tourist destinations.