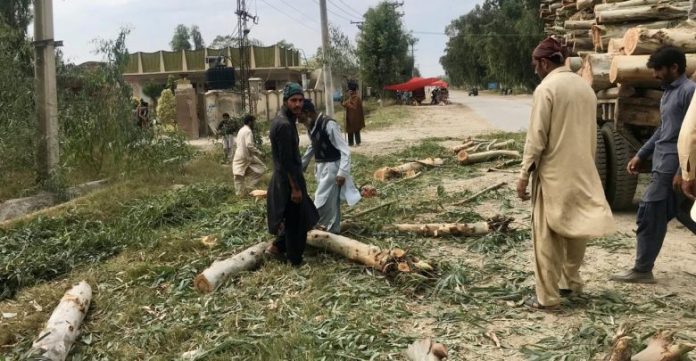 Timber mafia started chopping of trees worth millions in on government property without prior permission, tender or notice and that too at peanut price.

Officials at the Forest Department said that they first count number of trees and prepare a list of them after which advertisements are published in newspapers.

A senior officer of the department, requesting not to be named, said that serious irregularities were committed in auction of the tree and timber worth millions were sold just for Rs98000.

When contacted, Estate Manager of the zone Asif Khan said that seven trees of popular were sold to the highest bidder. He said that trees were chopped as it could fall on walls of the factories during storms.