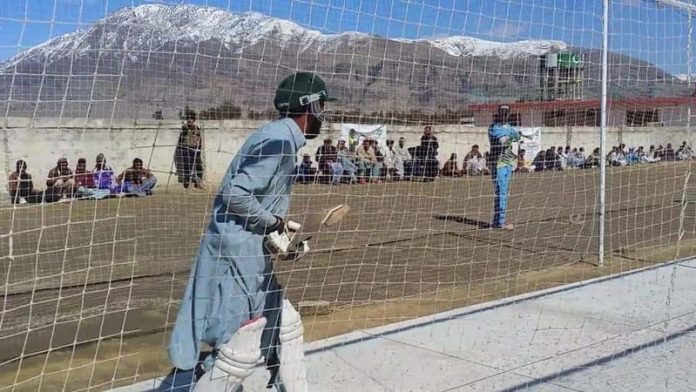 WANA: Trials to hunt new cricket talent in South Waziristan concluded in Wana. The under-17 cricket trials were organized by Khyber Pakhtunkhwa (KP) directorate of sports. It was the first trials arranged by the provincial government after the tribal district’s merger with the KP.

The officials while providing details of the trials said that 200 local players which include bowlers, batsmen and all-rounders participated. Selector Muhammad Sadique Afridi and District sports officer, South Waziristan, were present on this occasion.

The players while talking to media persons said that they are happy to be the part of the first ever cricket trials of the district after its merger with the province. They appreciated the step saying there is a lot of cricket talent available in the district that needed to be explored.  They asked the government that the next trial that is scheduled in Dera Ismail Khan should also be brought to Wana.

Selector Muhammad Sadique said the media that from across the Khyber Pakhtunkhwa, they will first select 180 players. In the second phase, 60 players will be selected from the 180 players to constitute four different teams. He further added that these teams will play matches with each other and from those matches selectors will pick 20 outstanding players on the bases of their performance. He further added that for the 20-members team, a camp will be set in Peshawar for one year for which all the expenses will be provided by the government of Pakistan.

The district sports officer, South Waziristan, Taj Wazir while talking to media persons said that their aim is to promote sports activities in the tribal districts. Wazir assured that in this regard, the provincial sports directorate has assured the provision of all possible facilities. “We are going to introduce new talent to the national cricket team,” Taj said.