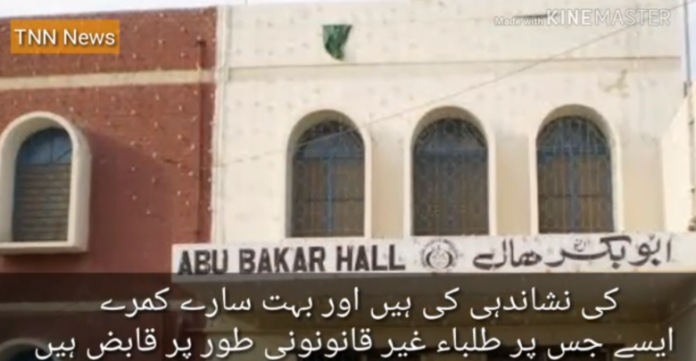 MUTLAN: Hundreds of Baloch and tribal students in Bahauddin Zakariya University staged a protest demonstration against discrimination in hostel admission here on Thursday.

The protesting students alleged that the university administration has refused to receive hostel admission forms. They said that they have brought the issue in knowledge of vice chancellor but no action was taken, adding that they there were around over 100 students from tribal areas and Balochistan who were denied the facility.

The administration claimed that they have no empty room while the protesting students said that they were promised provision of hostel facilities before admission.

They urged Chief Minister Punjab and Prime Minister Imran Khan to take notice of the issue and provide accommodation facilities to students from the most impoverished parts of the country.