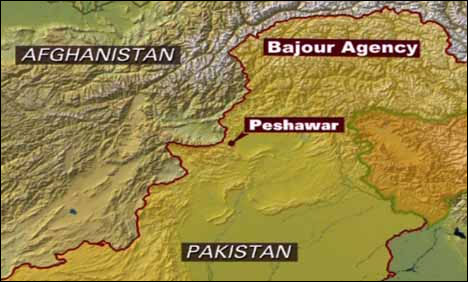 KHAR, 11 May: Six persons, including a tribal elder, have died in a bomb blast in Bajaur Agency.

According to official sources, the tribal elder Malik Muhammad Jan along with his other colleagues was travelling in a vehicle to Khar, the main town of Bajaur Agency, from Mamond area in the morning when an improvised explosive device (IED) exploded on them in Bar Kamar area. The tribal elder and his five colleagues were killed on the spot in the blast. The vehicle was also completely destroyed in the incident.

The security forces launched a search operation in the area after the incident.