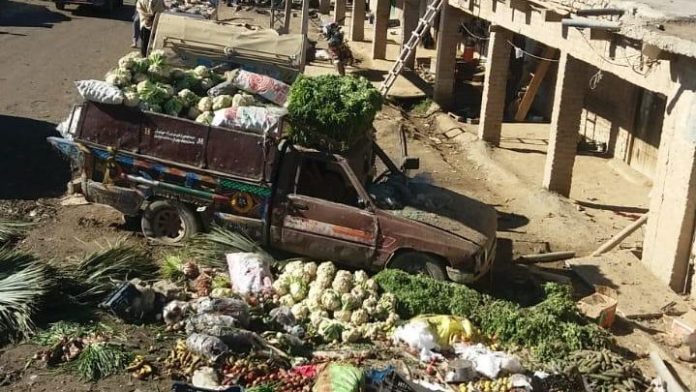 Talking to TNN, Malik Khadim condemned suicide blast in Kalaya bazaar in which around 3 dozens of innocent tribesmen were killed and as many as injured. “Tribal people have paid countless sacrifices for this country, therefore families of each mrtyred person should be paid Rs 3 million instead of Rs 1 million compensation package  announced  by KP government ,” he said.

He declared the amount announced by Governor Shah Farman not enough as most of families have lost their sole bread winners and they should be paid Punjab like package.

Rahim Orakzai stressed on early payment of compensation and asked for tangible steps to avoid such incidents in future and arrest facilitators of the suicide bomber.

A suicide bomber blew himself up in Kalaya bazar on 24 of this month killing 34 persons and leaving 34 others injured.

Earlier, Governor KP Shah Farman along with Corps Commander Peshawar Lt Gen  Shaheen Mahar visited the site of the blast and announced compensation package worth Rs 1 million for family of each deceased whereas Rs 0.5 million each for serious injured persons