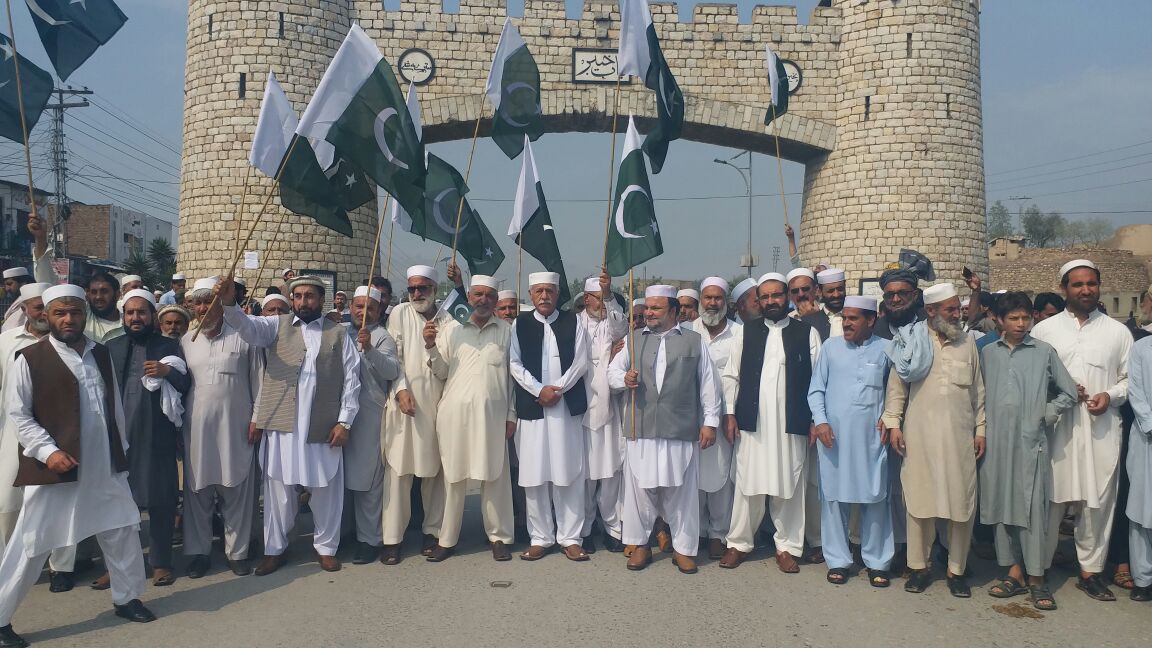 JAMRUD: A protest rally was held on Tuesday in support of Pakistan Zindabad movement by the elders hailing from Khyber Agency.

Opposing other ongoing movements across the Province, the tribal elders stated that they are against the movements taking place in the country against the Pakistan state.

“We condemn such movements that conspires against the country”, the tribal elders shouted.

The rally commenced at the Bab-e-Khyber where they pleaded the government to hang Research and Analysis Wing agent Kulbhushan Jadhav since he had killed thousands of Pakistanis.

The participants also requested the government to send the Afghans back to their country as they cannot tolerate any propaganda against the country. The speakers maintained that they will continue coming out to the streets for their country’s protection.

A few days earlier, rallies supporting Pakistani military took place in different districts of Khyber Pakhtunkhwa in which the spectators criticized the Pashtun Tahafuz Movement as terming the movement’s motive against the state.

However on the other side, the leader of PTM has thoroughly explained the aim of the movement as they only seek basic human rights.