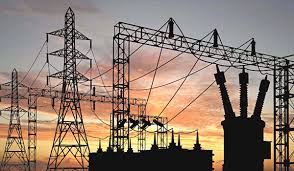 MULAGORI: The tribal elders on Saturday flayed the government and Wapda for hiring non-locals on non-technical posts at Warsak grid station which they said is against the contract made with their elders at the time of the dam construction.

The tribal elders said that the dam has been constructed on their precious land that is why the then government of Muhammad Ayub Khan assured the tribal people that only locals will be hired on non-technical posts in Warsak dam grid station.

They also presented a document regarding the decision of grand jirga held with tribal elders by then than commissioner Peshawar in 1961. The Chief Engineer of Warsak grid, Political agents of Khyber, Mohmand agencies, the security officers, and secretary to commissioner were also the part of the jirga. According to the minutes of the jirga proceedings, on non-technical posts such as security guards, helpers, Naib Qasib, assistant station attendants only local will be hired.

However, the tribal elders now complain that the government officials have backtracked from the promise. They alleged that for the last 58-year, officials have never paid heed to the decision of the jirga.  Due to which the people of tehsil Mulagori in Khyber and areas of district Mohmand are in protest as they consider it an injustice with the educated youth of their area.

The local elders informed that they have also filed a writ petition in the Peshawar High Court which has decided in the case in their favour, but the federal government has failed to implement the verdict.  They also accused the officials of the grid stations of cronyism and favouritism in filling the open vacancies of the non-technical staff.  The tribal elders requested the federal and provincial governments to keep the educated local people on the priority list and fulfil the promises made with them by the past governments.