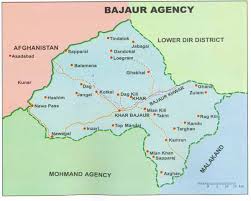 KHAR, 1 May: Son of a tribal elder was killed in a bomb blast in Nawagai Khas, Bajaur Agency today.

Political administration of Bajaur said that the son of Maulvi Guldad Khan, a local tribal elder, was killed when he hit a planted bomb device in Nawagai. The deceased has been identified as Khalid Khan.

Malik Guldad is stated to be a staunch opponent of Taliban militants. In addition to the recent incident, he lost another son, a brother and father-in-law in 13 bomb attacks made on his family in the recent past.

Meanwhile, a man, identified as Kareem Gul, and his son who were working in the nearby fields were killed when they hit a planted bomb near Manga school in Mardan.