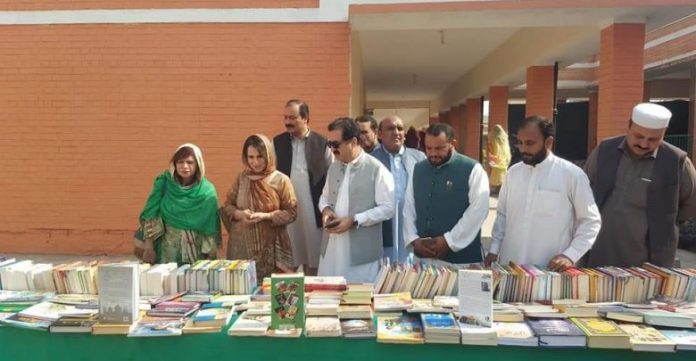 JAMRUD: The elders of Kathiakhel tribe in Jamrud tehsil of Khyber tribal district have expressed reservations over a cultural show at the girls’ college and termed it against local traditions.

The area elders including Sardar Azam Afridi, Malik Saleem, Zeena Gul Afridi, Sher Islam Afridi and others said while addressing a press conference at Jamrud Press Club on Tuesday that the cultural show at Jamrud Girls Degree College was against local culture and traditions. They said the school principal must be removed immediately for ignoring local sensitivities.

The local elders said the people of the area were not happy over holding of cultural show in the girls’ college. A Jirga of tribal elders was also held on the issue during which a demand was made to conduct inquiry into the matter and punishing the organisers of the show.

The area elders said the Khyber Pakhtunkhwa government had issued an order under which the participation of male guests was banned in the educational institutions for girls. They said the secretary Higher Education Department and elected members of provincial assembly violated the law and local traditions by participating in the event. They gave a deadline of two days for removal of the college principal. They said they will hold protest if the principal was not removed.

On October 30, a cultural show was organised at Government Degree College for Girls in Jamrud in which the students had set up different stalls. The chief guest and other participants showed great interest in the stalls. The students also presented food to the participating guests.

College Principal Najma Sahar said while talking to media that the purpose of the event was to unearth hidden talent of tribal girls. She said there is immense talent in the girls of the merged districts which needs to be polished. She said the girls of tribal districts can shine in every field of life if they are provided proper opportunities.

Najma Sahar said it is very important to educate our girls. She said besides education, girls should also actively participate in the co-curricular activities. She said girls never lag behind in any field.