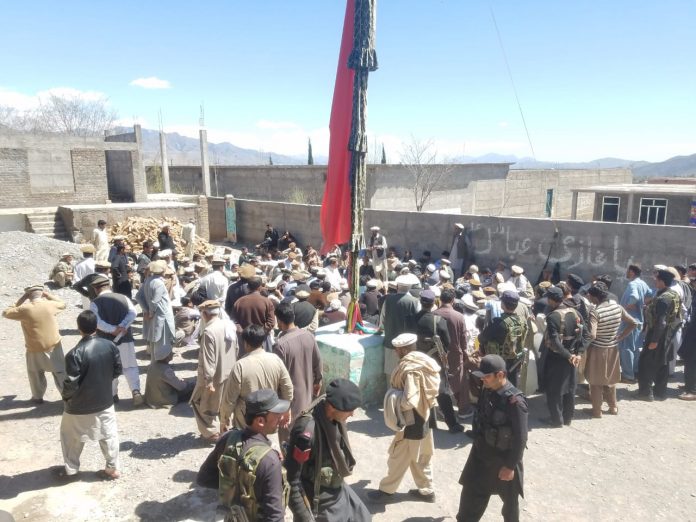 UPPER KURRAM: The grand Jirga of Hamza Khel and Mastu Khel tribes unanimously asked the government to recover their lands from the rival tribe of Mali Khel, otherwise, they will take action to protect the rights.

They also warned that if the government couldn’t provide support for the protection of their rights, they will boycott the Anti-polio campaigns in their respective areas.

The elders of both the tribes were gathered on Saturday at Speen Khel area of Upper Kurram. The Jirga was called a protest against the government inability to take action against Malik Khel tribe and recover the land. The Jirga also warned that government that in case of no action, they will be forced the boycott that anti-polio vaccination drive in their respective areas.

While addressing the grand jirga Mali Tahir Hussain, Dr Syed Hussain, Malik Rahmat Ali, Malik Sajjad Ali, and other elders of Hamza Khel and Mastu Khel tribes’ elders said that Mali Khel tribe has confiscated their thousands of acres of land. They alleged that despite the orders from high government officials, the Mali Khel people have continued their ‘illegal’ construction on their lands.

The tribal elders accused the district administration of Upper Kurram as ‘silent spectators’. The expressed the fear that in cases of no intervention from the government side, they will be forced to take law in their hands, which could result in a clash among the tribes. The jirga members concluded that if the administration failed to take active steps till Monday, they take the issue in their own hand and will take action against the Mali Khel tribe to secure their own basic rights.

The grand jirga of both the tribes also constituted a committee of elders, comprised of the elders of both the tribes. After the jirga proceedings, the committee left for Mali Khel tribe to hold talks with them and remove the ‘illegal’ construction and to avoid such steps in the future.