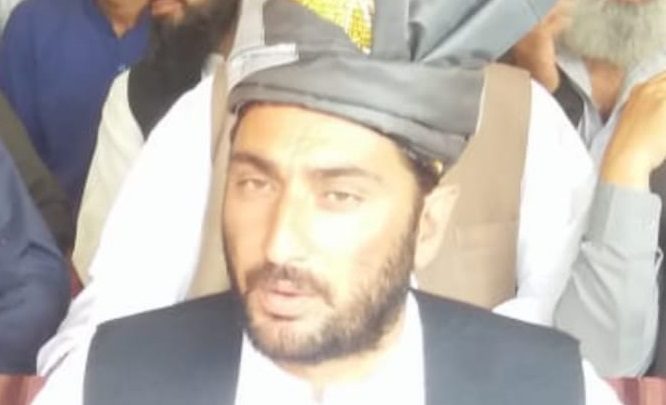 BARA: A tribal leader was shot dead by unidentified armed men in Bhutan area of Tirah Valley in Khyber tribal district on Thursday.

Local sources said the tribal leader, Mirza Khan was travelling in his vehicle when unidentified armed men opened fire on him leaving him dead on the spot. Two other local people sitting in the vehicle were also injured in the firing. The injured persons were shifted to hospital, while the assailants escaped from the scene.

The security forces cordoned off the area after the incident and launched a search operation. However, no arrest was made till filing of this report.

Separately, a man was shot dead over a domestic issue in Charsadda.

The incident happened in Gharibabad area where a man was shot dead by the brother of his brother-in-law over a domestic dispute.

Meanwhile, two children of a family drowned into a water tank in their house in Kohat.

The two children, Bilal and Rehmanullah, who were cousins, were bathing in the water tank of their house in Faqeerabad area of Shakar Darra when they drowned. The deceased children were aged between three and four years.