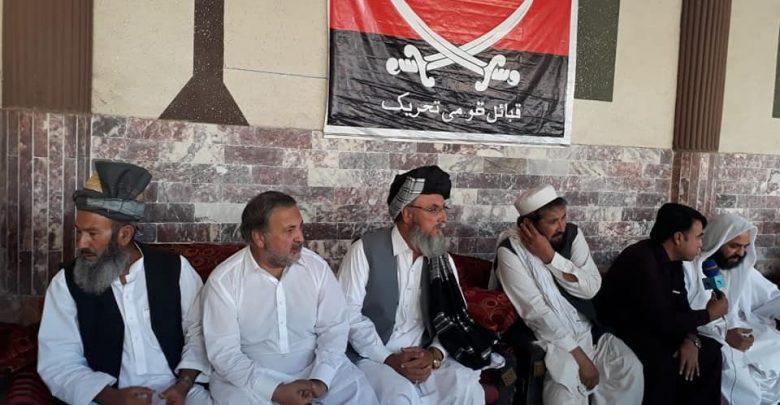 The formation of the new party was announced during a meeting of tribal elders at the hujra (male guest house) of former Member National Assembly Haji Baz Gul Afridi in Darra Adamkhel on Thursday. Elders from different tribal districts including Malik Khan Marjan, Badshahi Khan, Haji Bazaar Gul and others attended the meeting.

On the occasion, a 27-point agenda of the Qabail Qaumi Party was announced. The main points of the agenda are establishment of separate Fata province, utilisation of natural resources of tribal districts, construction of motorway from Bajaur to Waziristan, construction of quality educational institutions, well-equipped hospitals, promotion of trade and commerce, exemption from taxes, scholarships for students, bringing the madrassas to the national mainstream after consultations with stakeholders, compensation to families affected in war on terrorism and resolution of other problems of the people.

After consultation, a flag with red and black colour was chosen for the party. Former federal minister Hameedullah Jan Afridi has been selected interim chairman of the new party.