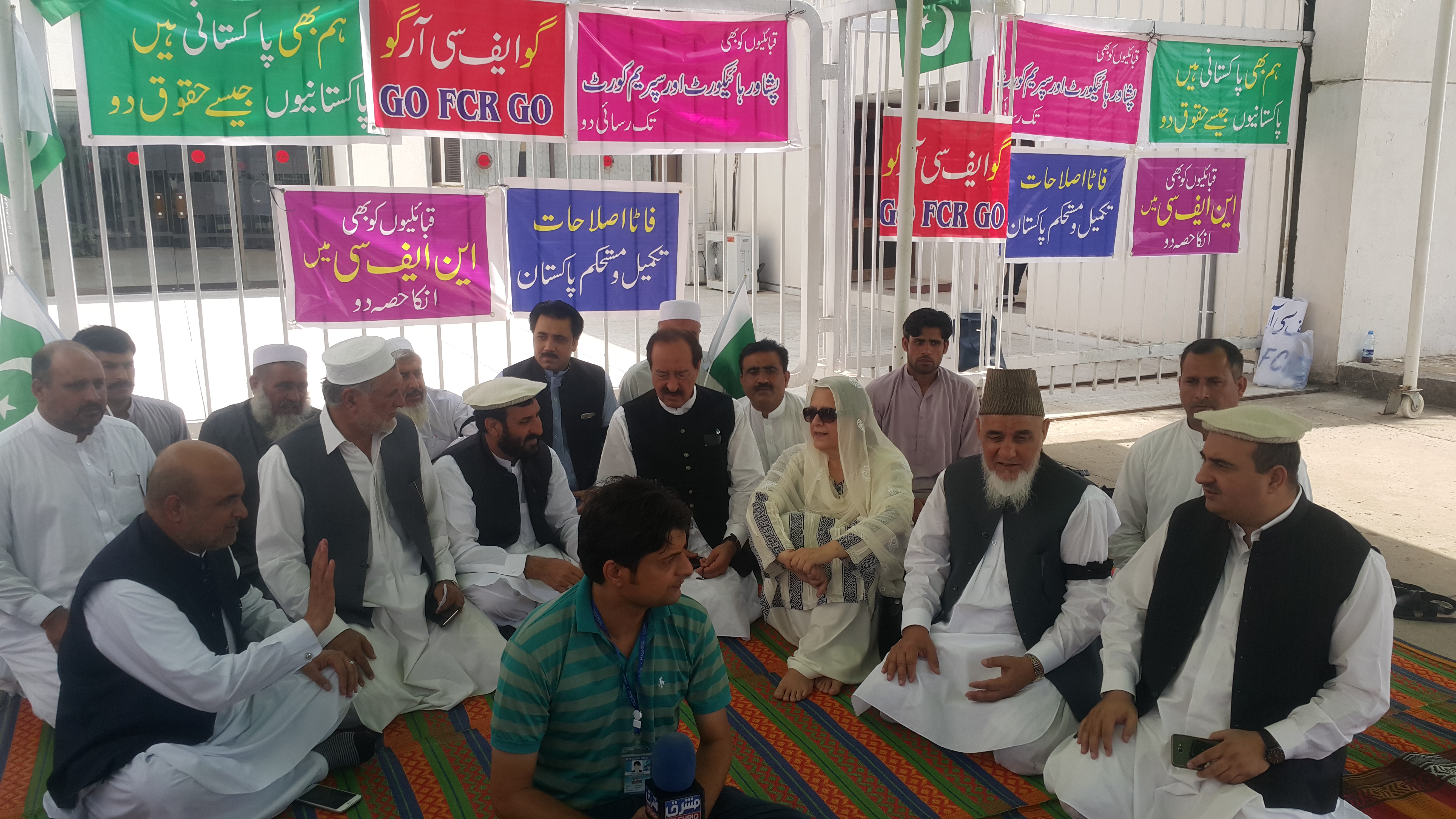 PESHAWAR, 06 October: The tribal parliamentarians on Friday continued their protest sit-in outside the Parliament House on third consecutive day.

The tribal legislators have been holding a protest camp in Islamabad against delay in the implementation of the Fata reforms.

The tribal parliamentarians including Haji Shah Jee Gul, Shahab-u-Din Khan, Nasir Jamal, Senator Hidayat-ur-Rahman and Abdur Rahman complained that since they were not heard inside the Parliament, they were forced to hold protest camp.

They demanded that Fata should immediately be merged into Khyber Pakhtunkhwa and the jurisdiction of Supreme Court and Peshawar High Court should be extended to Fata.

They also demanded that tribal areas should be given proper share in the National Finance Commission Award.

Legislators from other political parties are also visiting the camp and assuring their support to their tribal parliamentarians.