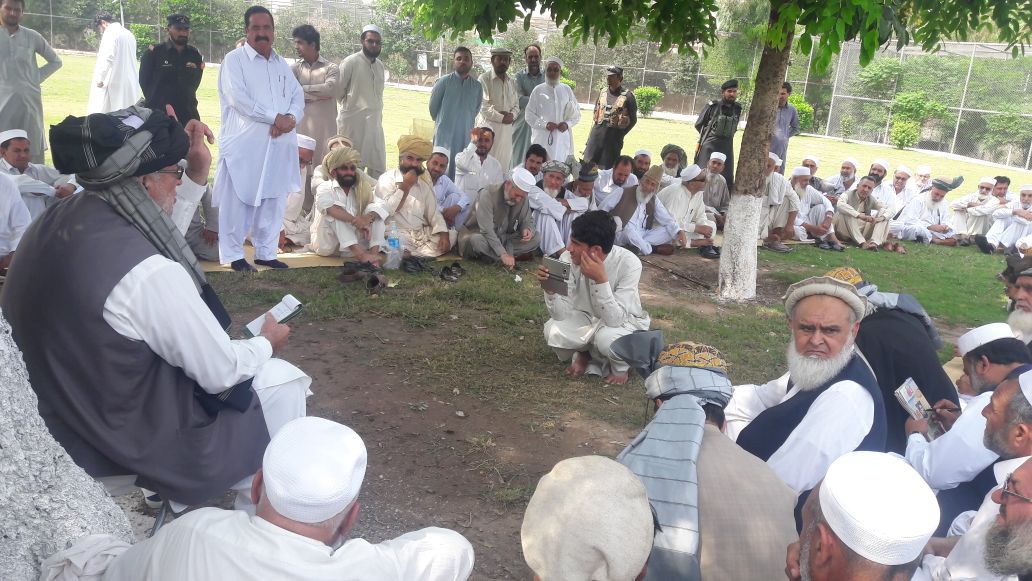 PESHAWAR: Tribal maliks from different agencies of Fata on Wednesday at a Jirga opposed Fata’s merge into Khyber Pakhtunkhwa and said that this might threatened identity. They threatened to launch protest drive if their demand was not met.

The Jirga was held here at Bagh-e-Naran where a large number of maliks and other tribal elders were present.

He made it clear that people of Fata would decide its future, saying that they demand reforms and the government should take all stakeholders into account.

He said that a committee should be formed under the supervision of members National Assembly and Senate from tribal areas.

It was also decided to convene a convention at Nishtar Hall Peshawar to aware tribal youth about the losses they could suffer in case Fata was merged into KP.