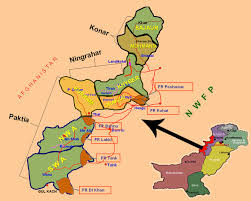 PESHAWAR: A delegation of Members of National Assembly (MNAs) from tribal districts called on Khyber Pakhtunkhwa Governor Shah Farman at Governor House Saturday and discussed issued pertaining to administrative matters and steps being taken for uplift of merged areas.

Talking to the delegation, KP Governor said that elected members and tribal elders were real representatives of tribesmen and government respects them keeping in view their position among the people of their constituencies.

“All the merged districts would be developed like settled areas,” Shah Farman ensured the MNAs, adding “As it was the main objective of the erstwhile FATA’s merger to them in national mainstream and provide them with all facilities.”

He said that necessary steps in this regard have been taken in consultation with tribal elders and giving priority to their traditions. Shah Farman praised the sacrifices of tribesmen and said the whole nation is witness to their struggle for the establishment of peace in the country.

TANK: Students from various schools staged awareness walk in Gomal locality to promote government drive for enrollment of out of school children. The school-children, lead by teachers chanted slogans and discards inscribed with motivational messages for educating kids at every cost.

Speaking on the occasion, local bodies’ members Haya Khan Bettani appreciated the provincial government education enrollment campaign and said poor students are welcomed in government schools for free education. He stressed upon parents to enrol their children in schools.

Teacher Ubaidullah Bettani, who is an Engineer by qualification and working as a teacher at a government school, said that education is the only and sustainable way to eradicate poverty and build a strong Pakistan.