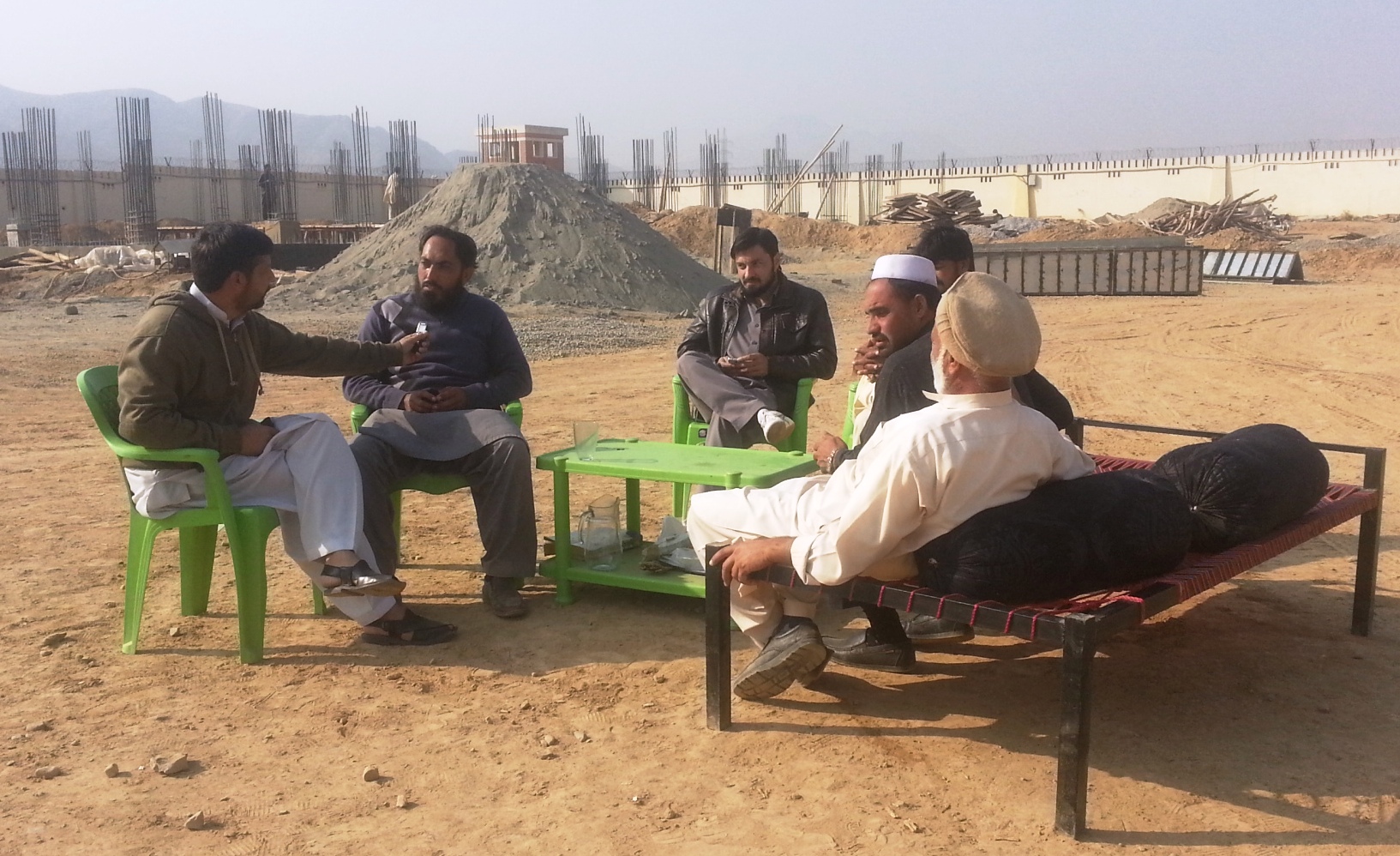 Since the beginning of consultations for the reforms process by the government, the political parties, social organisations and tribal elders and youth are actively raising their voice in support of particular set of reforms. When Members of the National Assembly from Federally Administered Tribal Areas (FATA) submitted the 22nd constitutional amendment bill in the Lower House of the Parliament in September, 2015 for reforms in the tribal areas, Prime Minister Muhammad Nawaz Sharif set up a five-member committee on 9 November, 2015 to conduct a thorough consultation process and submit their proposals for reforms in FATA.
Adviser to Prime Minister on Foreign Affairs Sartaj Aziz was appointed chairman of the FATA Reforms Committee, while its other members included governor Khyber Pakhtunkhwa, Minister for States and Frontier Regions (SAFRON) Abdul Qadir Baloch, National Security Adviser Nasser Janjua and MNA Zahid Hamid.
The FATA Reforms Committee in its first meeting on 22 November, 2015 decided to visit all the agencies of FATA to ascertain the viewpoint of people about the reforms. The committee initiated its visits from Bajaur Agency in December, 2015 and completed its consultative visits to all tribal regions in six months. The consultation process concluded on 2 May, 2016 with a meeting of elders and other representatives of frontier regions at the Governor House in Peshawar.
In order to gauge the level of awareness among the FATA people about the reforms process, TNN has talked to the people from different areas of FATA.
“I am Mehboobur Rehman from North Waziristan Garyom tehsil. Parliament is holding debate on FATA reforms and I am hopeful that the FATA people will soon hear the good news of abolishment of Frontier Crimes Regulation (FCR).” 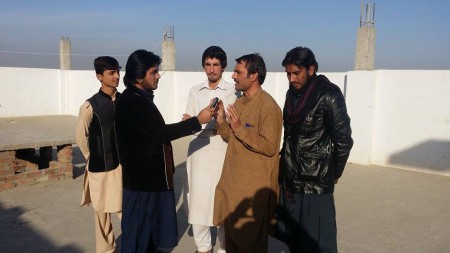 Janatullah from North Waziristan thinks the FATA reforms process is going on with a rapid pace. However, he lamented that the FATA people are not unanimous on the issue.
Women folks are least interested and aware of political reforms in the man dominant tribal society. Furthermore, women were excluded from consultation process by FATA Reforms Committee due to cultural considerations.  A woman belonging to Kurram Agency says the tribal women have no knowledge about such issues.
“Men would better know about these things. We have no idea what are they doing,” the woman told TNN. Another woman Ayesha from
Baizai tribe of Mohmand Agency says “I have no idea about the reforms and don’t know about any progress either.”
Sher Alam from South Waziristan says he is hopeful that FATA will be merged with KP as the KP Assembly has also passed a resolution in this regard. 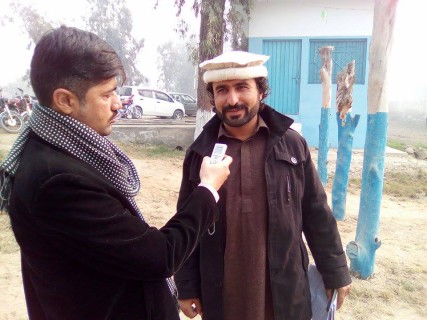 Malik Zafar Bangash from Luqmankhel says, “I hear about such things on news channels. I don’t know much about this process as I am illiterate.”
Mushtaq Ali from Parachinar says, “After the FATA Reforms Committee report, the case has now gone to the parliament and we are waiting for its verdict.” 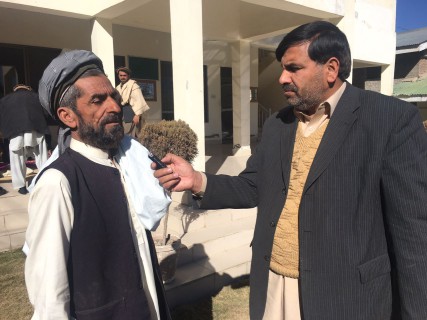 Malik Muhammad Farooq Mulakhel from Tori Garhi area of Kurram Agency says according to his understanding a law is being made for FATA by incorporating traditions and cultural norms of the people and it is hoped that FATA will soon become part of KP. 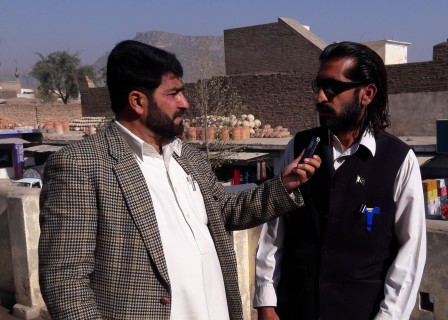 Irshad from Bara says, “The FATA reforms bill has been discussed in the National Assembly and Senate. Everything is done and just an approval is needed.”Sakhi Jan Afridi says people don’t know the intentions of the government. “The government should clearly tell the people what they want to do in FATA,” he said.

Khan Anwar from Akakhel area of Bara believes 90 percent people of FATA have no awareness about the reforms process. “I heard that the FATA Reforms Committee members visited Landikotal. Many people even did not know about their arrival. It is something which will be decided by our elders,” he said.
Haji Rasool Khan of Gandao area of Mohmand Agency says, “The report has arrived at Senate after approval of National Assembly and I hope this will be approved.” 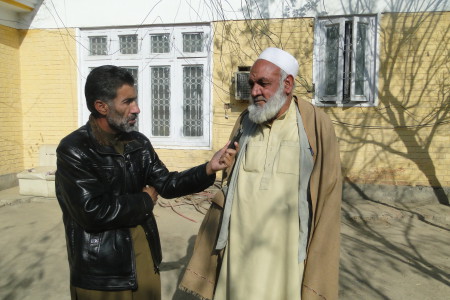 Pervez Khan Mohmand says the committee has completed its report after visits to all tribal agencies and it now awaits the prime minister’s approval. “I appeal to the tribal Maliks and other people opposing the reforms to stop their opposition as we cannot afford to miss this opportunity of the long awaited reforms,” he said.

Samina Afridi says, “Several issues are surfacing after the FATA Reforms Committee submitted its report. Several people are expressing reservations and it seems the whole process is a time pass.”
Muhammad Khan Jamali from Bajaur Agency said he was greatly satisfied after seeing the statement of KP Governor Iqbal Zafar Jhagra and SAFRON Minister Abdul Qadir Baloch in a newspaper. “I am hopeful that FATA will get the provincial assembly seats by the next general elections,” he said. 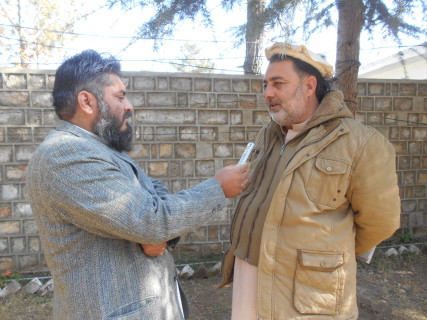 After completion of the consultation process, the FATA Reforms Committee presented its report to the prime minister on 16 August, 2016 at a meeting about the National Action Plan (NAP). The FATA Reforms Committee report recommended measures to ensure durable peace in FATA, return of all internally displaced persons (IDPs), restoration of all damaged infrastructure, local bodies elections by the end of 2017, replacing FCR with Riwaj Act and finally the merger of FATA with Khyber Pakhtunkhwa. On the directions of the prime minister, the report was presented in the National Assembly on 9 September, 2016.
Debate on the FATA Reforms Committee report continued in the National Assembly for several days after it was presented on 28 September, 2016. The SAFRON minister said in the National Assembly that a decision has been taken in principle to merge FATA with KP according to the aspirations of the FATA people. However, he said the government will go for the merger only after fulfilling its other priorities.
The elected members of the National Assembly from FATA also expressed their views in the House. They agreed that the repatriation of IDPs and their rehabilitation should be completed before the merger. Over a hundred tribal elders were also present in the National Assembly lobby on the occasion.
MNA from Khyber Agency Alhaaj Shah Jee Gul Afridi, who is FATA parliamentary leader, said reforms in FATA are inevitable. He said the FATA lawmakers are close to their goal after efforts of one and a half years.
“The beginning of this process was the most difficult task. Now the committee’s report has been approved by the National Assembly and Senate and we are close to approval of 3 percent share of FATA in the National Finance Commission (NFC) allocations. This was not an easy task. Everyone should be well aware of the fact that most of the problems of FATA people are linked with FCR. We are very close to achieving our goal,” he said.
Mr Afridi said he was present in the Senate from morning till evening to get a clear idea about the stand of every political party on the issue. The government is fully supporting us for the reforms. “All the institutions relating to FATA are also supporting the reforms process and we all are on the same page,” he said. 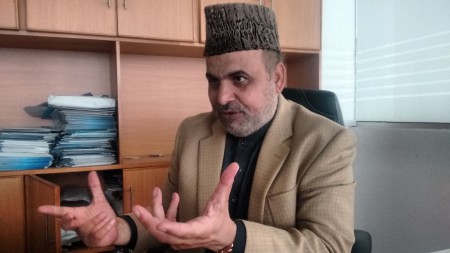 The FATA parliamentary leader argued that the reforms will not only benefit the FATA people, but all the Pakhtuns.
“The merger will create second largest province of the country which will have greater role in formation of the future governments. The people of the region will make their own decisions after the merger. We are hopeful for approval of the report by the end of this month. I appeal to the Pakhtuns to make a historic celebration after approval of the bill as it will be a great achievement,” he said.
During the debate at the National Assembly, the Jamiat Ulema-e-Islam-Fazl (JUI-F) ameer Maulana Fazlur Rehman and Pakhtunkhwa Milli Awami Party (PkMAP) chairman Mehmood Khan Achakzai expressed reservations about the proposed reforms and opposed FATA merger with KP. The bill was presented in the Senate on 6 December 2016 after approval from the National Assembly where it was approved the next day after the senators gave final shape to their proposals. Under the country’s law, the bill was presented before the federal cabinet on 16 December, 2016 for final approval. However, the cabinet deferred the approval to remove the reservations of the JUI-F and PkMAP chiefs and further consultation on the matter.
The Pakistan Muslim League-Nawaz (PML-N) MNA from Bajaur Agency Shahabuddin Khan said there is no harm in making some more positive suggestions in the reforms process. However, he warned of massive reaction if the process was unduly delayed or aborted altogether.
“The preparation of the committee report took one and a half years during which the parliamentarians of FATA were appropriately consulted. With the exception of only two parties, all other political parties of the country fully welcomed and supported the reforms report which eventually reached the final stage of approval from the federal cabinet. No one raised objection over the reforms bill in the National Assembly. However, some lawmakers suggested that the bill can be further improved. Both Maulana Fazlur Rehman and Mehmood Khan Achakzai were silent at the time of passage of the bill from the National Assembly,” he said.
Shahabuddin Khan said the process is still continuing and everyone can still give their suggestions. However, he said, no one should try to impose his will upon others.
“We will welcome the proposals of the Maulana Sahib, but stubborn attitude will not be welcomed. The government should finalise the package by 23 March, 2017 and announce its approval. Reforms package in FATA is part of the National Action Plan and people will start pointing fingers towards the government and suspect its intentions if the process was unduly delayed,” the tribal lawmaker said. 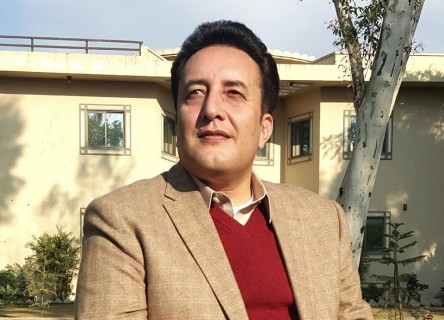 He said impeding the reforms process in FATA and keeping them away from the benefits of laws in the rest of the country tantamount to making a mockery of the sacrifices of tribal people and security forces for the country.
“My party is sincere in the reforms process and our party leaders in a meeting few days ago passed a resolution in support of FATA merger with KP. Despite our full support to the reforms process, I will still fight against all elements trying to delay or impede the reforms. I will never hesitate from resignation from the party or de-seating if such a situation arises,” Shahabuddin Khan said.
Meanwhile, Governor Iqbal Zafar Jhagra said the reforms process to bring FATA into the national mainstream is underway and in this regard consultations have also been made with the groups opposing FATA merger with KP. 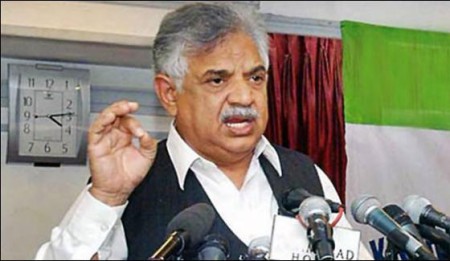 “We were on the right track for the reforms process, but now Maulana Sahib has raised some issues. The prime minister has already made it clear that decisions will not be imposed on anyone and opinion of every party will be respected. That is the reason we took a long time to reach this point. The prime minister also wants to satisfy Maulana Fazlur Rehman over the process as he is head of an important political party. We had a meeting with the Maulana Sahib and we have removed his reservations to a great extent,” the governor said.
Mr Jhagra said the reforms package will take shape of a law after approval of the federal cabinet.