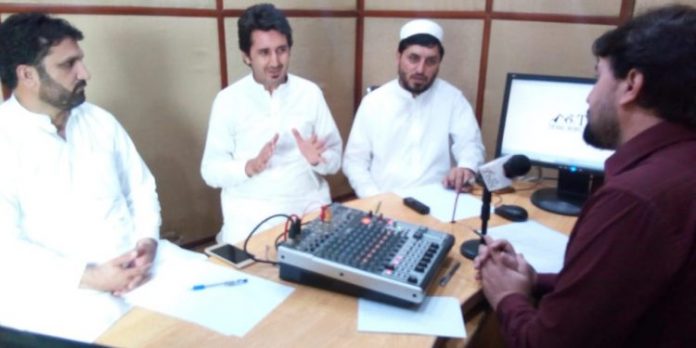 Shah Faisal said announcement about polls was made abruptly and candidates had hardly 20 days for campaign after Ramazan.

“Delay is good for candidates to complete their campaign and convey their message to all parts of their constituencies. There are many remote areas in every constituency where access is difficult. Candidates will benefit from polls delay,” he said.

The JI candidate said if 26th constitutional amendment bill is brought to Senate for approval, it will delay polls in merged districts by at least six months. “It will be a setback particularly for election candidates who have spent their hard-earned money on campaigning. The government could have passed the amendment bill much earlier as it enjoys support of all parties, but its intensions are apparently dubious. As far as law and order is concerned, situation in tribal districts is much better in 2019 as compared to 2018,” he said, adding that the proposal to get 20-day delay in the polls was misplaced and ill-advised.

About women’s participation in the polls, Shah Faisal said it is legal compulsion for political parties to field 5 percent women candidates in election on general seats. He said the JI has fielded a woman candidate from Kurram and ANP has fielded woman from Jamrud.

Shah Faisal said women are casting votes in tribal districts because of legal obligation of at least 10 percent women votes in any constituency.

“Many tribal women are still unwilling to cast votes, but they are doing so because of legal obligation. If the law of mandatory voting for women is abolished, many tribal women will prefer not to vote. Now an election candidate is compelled to bring his own family women to polling stations for voting. Women votes also increase the overall votes of candidates,” he said.

Zahid Wazir said delay will have bad impacts. “Tribal people were happy over sudden announcement about polls in merged districts and they started believing that the government has finally decided to fulfil its pledge. After announcement of postponement, candidates of all parties and independent candidates are skeptical about the intensions of the Election Commission, KP and federal governments about holding polls in tribal districts. Enthusiasm of people for elections has dwindled somewhat. Candidates and people fear that KP government might delay elections further or 26th constitutional amendment bill may be brought to the Senate to further delay polls in merged districts,” he said.

The tribal journalist said every candidate is contesting elections with the passion of public service. “There is no use of contesting elections if a candidate lacks leadership abilities. Hopefully, all successful candidates will fully represent their people in KP Assembly and raise voice for their rights. People have choice to select best representatives for KP Assembly. Tribal people have political insight and they know what is better for them,” he said.

Zahir Wazir said elections must be held in free and fair atmosphere. He said people of merged districts must see leadership abilities of candidates and financial position of any candidate must not matter.

He said about 60 percent women have identity cards in tribal districts. “The identity card holder women have been directed to register their votes. There was no bar on women to cast their votes in Waziristan last year and family elders took them to polling stations for voting. No incident of baring women from voting has been reported from any other tribal district,” he said.

The tribal journalist said there are a large number of women voters in merged districts, but they have no leadership. “The ANP woman candidate is running campaign in Jamrud due to its proximity to Peshawar. It is extremely difficult for a woman candidate to run campaign in Bajaur or Waziristan. Resolution of such problems will take time, but tribal women are registering and polling their votes. We will see more women candidates in future elections,” he said.

Abdul Shahid said the sitting tribal MNAs are not sincere in giving representation to tribal people in KP Assembly.

“The real problem about development funds is expenditure. Funds of billions were earlier announced for tribal districts, but no considerable development is visible,” he said.

The independent candidate said true representatives will spend funds transparently. “These representatives will come through provincial and local bodies elections. Polls are significant for bringing merged districts to mainstream. No policy or committee of KP Assembly for tribal districts can work properly and it will be not less than FCR for tribal people without inclusion of local MPAs and ministers,” he said.

Abdul Shahid said elections are integral part of merger process. “After merger with KP, we are part of province and we will demand everything from provincial government. How can tribal people demand something if they have no representation in KP Assembly,” he questioned.

He said FATA was kept deprived of development in the past despite availability of funds. “Now the tribal people have attached hopes with their upcoming representatives in KP Assembly to resolve their problems. Tribal areas should get 3 percent share in NFC Award without delay. Prime Minister Imran Khan has already requested the provinces to show large heart and ensure allocation of resources for tribal districts,” he said.