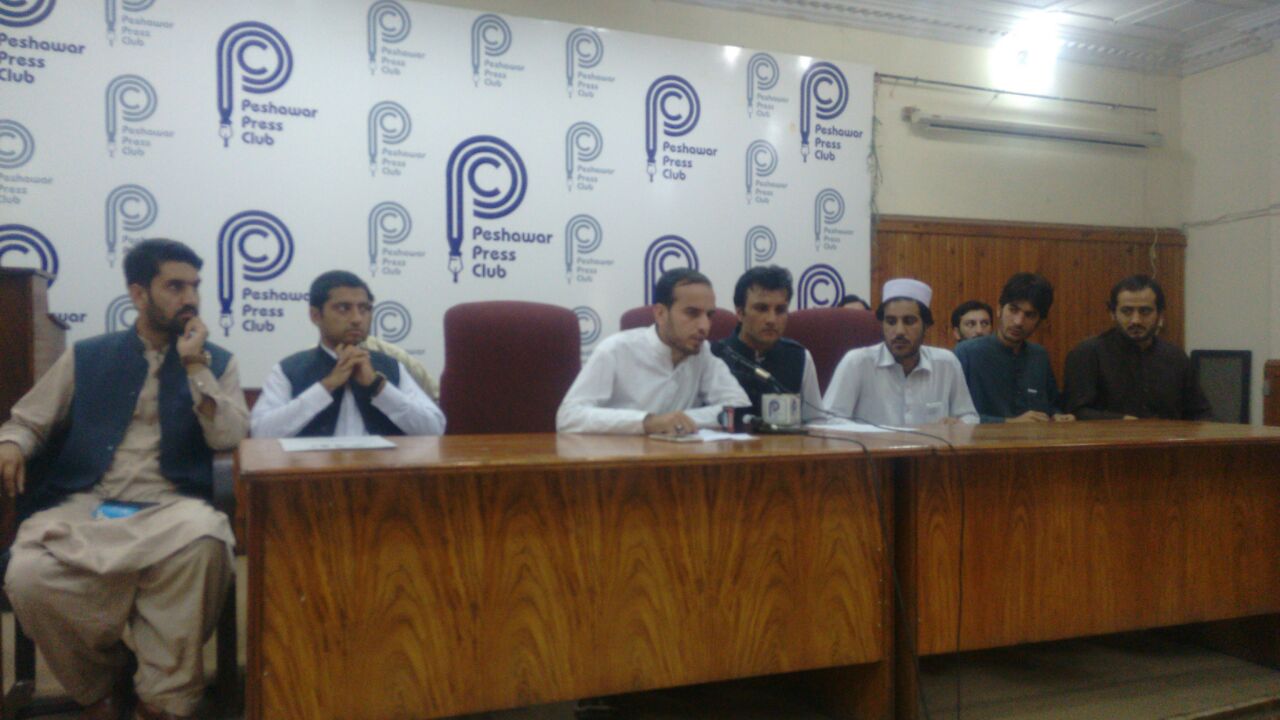 PESHAWAR, 15 October: Differences surfaced among students community in tribal areas and parliamentarians elected from Fata. The students believe that the parliamentarians have been playing politics over the reforms.

The differences occurred after the parliamentarian called off sit-in for reforms on October 9 after holding a meeting with the Prime minister Shahid Khaqan Abbasi.

All Fata Students Federation Forum (ASFF) and other students union office bearers asked the MNAs to avoid playing politics over Fata Reforms and constitute a committee to carry forward the struggle for reforms.

Talking to reporters, they said that the students have also rejected the Fata Youth Conference organized by Jamiat Ulema-e-Islam-Fazal. They said the parliamentarians should ensure unity for sake of tribal people’s sake.

Farhad Ali, a student, told Tribal News Network (TNN), that those who have been receiving government perks had participated in the conference.

He said that the conference was not representing the true aspiration of tribal people. “If leaderships from Khyber Pakhtunkhwa do not belong to Fata then Maulana Fazlur Rahman too has no relationship with Fata,” said Amir Afridi, another student from Fata.