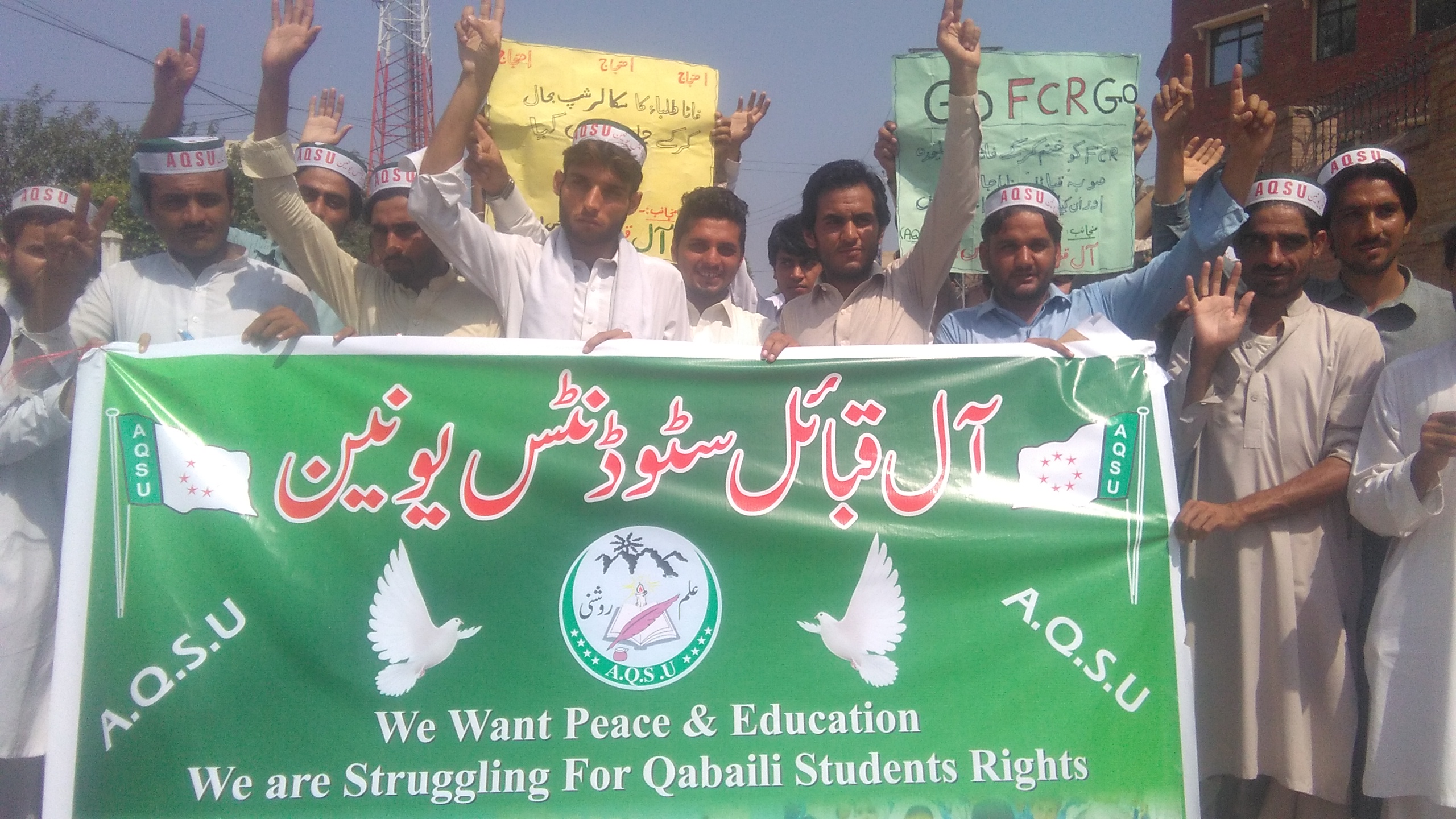 PESHAWAR, 07 September: Students from different agencies of the federally administered tribal areas (Fata) on Wednesday staged a protest demonstration here outside the Peshawar press club demanding the government to increase the number of reserve seats for tribal students in different educational institutions.

The protest demonstration was organized under the banner of All-Qabail Students Union. The students also demanded that the annual grants for the tribal students should immediately be restored.

They further demanded that the FCR should be repealed and the Fata should either be declared a separate province or merged into Khyber Pakhtunkhwa.

They also demanded that medical and cadet colleges should be established in each tribal agency.

The students urged the government to rebuild all those educational institutions which were damaged during the military operations in Fata.