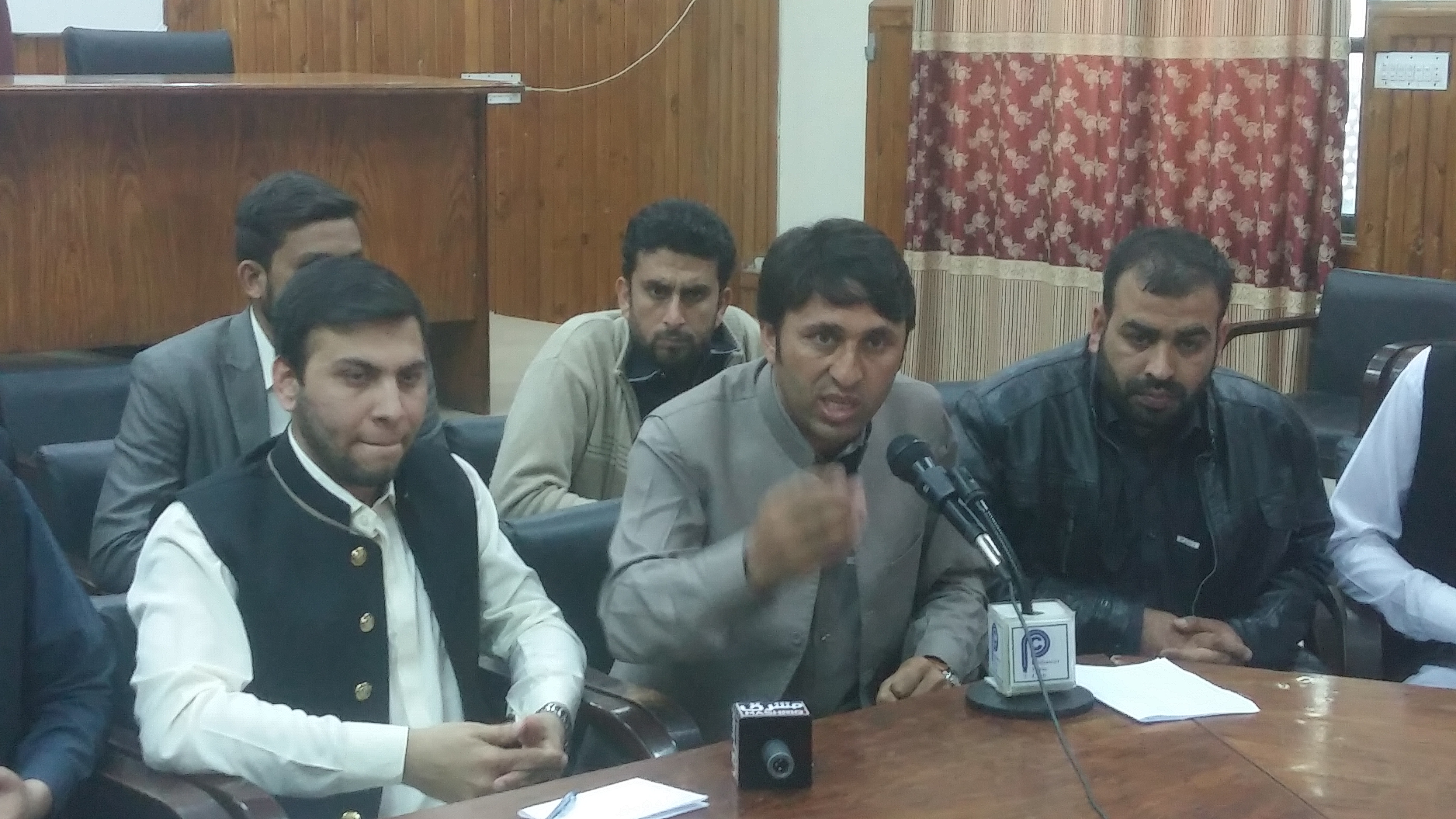 PESHAWAR, 01 March: The tribal students’ organization on Wednesday rejected the proposed ‘Riwaj Act’ for tribal areas and said that the act is not different from the draconian FCR law.
While addressing a news conference in Peshawar press club, the tribal students’ organization leaders including Bilal Afridi, Qayum Shinwari, and civil society member Nisar Baz asked the federal government to refrain from making experiments in the tribal regions. They demanded that implementing the proposed Riwaj Act or other similar laws in FATA should be avoided. They demanded of the government to immediately abolish the FCR law and merge Federally Administered Tribal Areas (FATA) with Khyber Pakhtunkhwa. They warned the tribal students would boycott of classes and participate in a sit-in in Islamabad if the government failed to place the Fata reforms in the federal cabinet agenda before March 12.
Talking to TNN, Nisar Baz said that the tribal regions remained backward and the federal government needed to announce a special package for the development of Fata. “Our demands are not only to Fata-KP merger, we also demand 6% share in NFC Award for tribal regions as these regions remain backward for 70 years. Government shall provide health and educational facilities to tribal people,” he said.
They also opposed 10-year deadline for the merger of FATA with KP and demanded that tribal areas should be integrated into the province immediately.