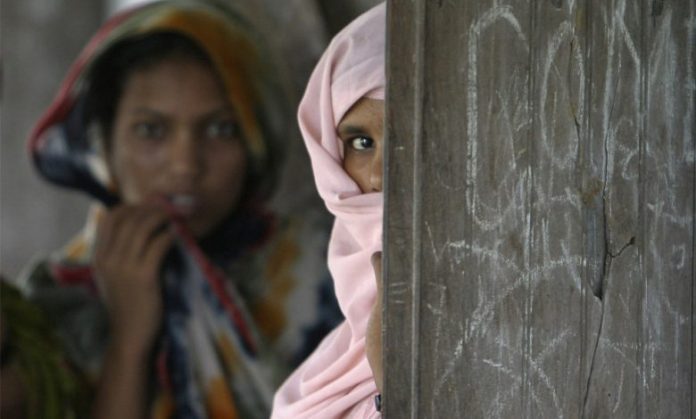 JAMRUD: An incident happened in Jamrud tehsil of Khyber tribal district few days ago which should have been enough to shake souls and put question mark on the practice of so-called honour?

Most of people in the mountainous Ali Masjid area are living under poverty. The wife of Bhutto Khan went to the mountain to collect fodder for cattle, where she fell down from mountain and lost her life. The little children of the deceased woman were continuously crying and moving scenes were witnessed during the funeral.

This was not an isolated incident in our area and neither it can be the last, and many in our area agree to this point of view. Sending a housewife to mountain to bring fodder for cattle is very inappropriate, but it has become a routing practice. It becomes a question of honour when a girl steps out of her home for education or any other task, but no honour is involved when the same girl is sent to mountains for bringing fodder or wood.

Memona, a woman who brings fodder and wood from mountains, said she looks after her own cattle and also sales these items to well off people in the village, and it has become a source of income for her and many other women who are living under poverty. She said men tend to consider themselves as complete human beings, but still they send women of their house for such tasks which are not appropriate under Islamic teachings and Pakhtun culture.

Memona said this practice was very common in the past, but still women from impoverished families are compelled to do odd jobs to make ends meet and to oblige male members of the family. Women are also sent to far off areas to fetch water on their head for household consumption, which is another contradiction as far as the practice of ‘honour’ is concerned.

Another ugly practice in tribal life is that most people are always reluctant to give share in ancestral property to women. And those women who seek this right are isolated and subjected to social boycott.

Bhutto Khan has also realised his mistake, but now it is too late for him. However, his mistake can serve a lesson for others.