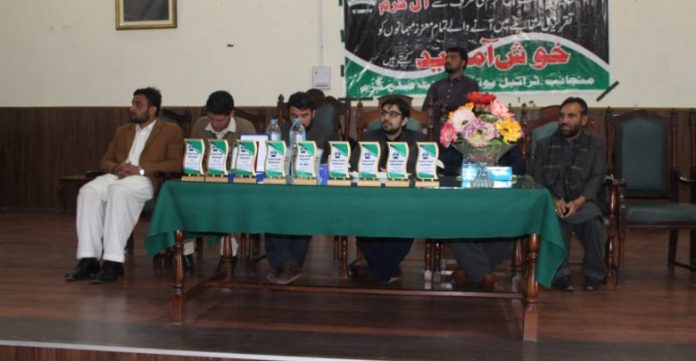 PARACHINAR: Tribal Youth Movement Saturday organised a speech contest among the students of different schools in Kurram tribal district over misuses of drugs.

Students of different schools, tribal elders and government officials attended the function in large number. The function was organised at Governor’s Cottage in Parachinar.

Students from 12 schools presented speeches on the abuses of drugs. The tribal elders and local administration officials in their speeches said narcotics use is a menace in the society and it can be eliminated with joint efforts of the government and local population. They said no compromise will be made while making the drug peddlers accountable as this issue concerns to the future of the young generation. They said healthy activities should be organised for students on a regular basis to keep them away from the menace of drugs. They said the students should concentrate on their studies and sports activities for a healthy and successful life.

At the conclusion of the ceremony, the chief guest distributed prizes and shields among the winning students. The members of the Tribal Youth Jirga also distributed commendation certificates among the students.