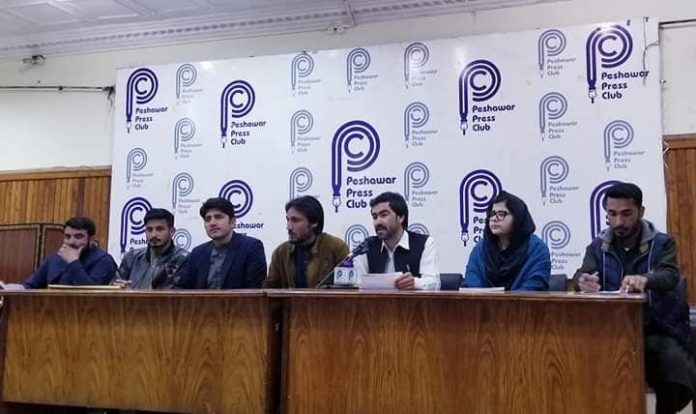 PESHAWAR: The Tribal Youth Movement on Monday slammed the KP government for not ensuring basic rights to the people of tribal districts despite tall claims and merger of the districts with the Khyber Pakhtunkhwa.

The Youth movement said that it was announced the tribal districts will be provided three per cent share in the National financial awards (NFC) but It is very unfortunate that so far not even a single penny has been extended for the development of tribal districts and only announcements have been made. The youth also revealed that the government during the merger has claimed that both the paramilitary forces – Khasadar and Levies – will be merged with the Khyber Pakhtunkhwa Police but so far no ordinance has been produced in this regard. The youth said that both the forces have served the area in a very difficult situation, but now that peace has been restored, thousands of forces men are struggling to secure their future.

The youth movement said that despite serving for 20 years, the Levies and Khasadar men are still in Sepoy ranks.  They demanded the government to merge them with the KP police department and give them salaries and other privileges as par with the KP policemen. The youth movement members said that they will never accept the government decision to discharge the Khasadars and levies men and grant the whole authority to the police. They demanded that all those men who are going to retire on May 31, should also be brought under the KP police.

The youth said that they are not against the merger but after the passage of 25th constitutional amendments all the rights enjoyed by the other parts of the province, should also be extended to the people of tribal districts. They warned that if the Khasadar and levies men were not given their rights, they tribal youth will join them to march in protest towards Islamabad.