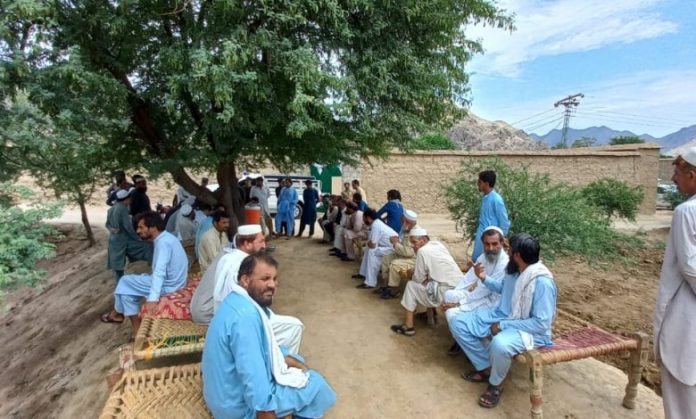 PESHAWAR: A tribe in Mohmand tribal district has announced to boycott polio vaccination campaign over unresolved marble dispute, while doctors and paramedical staff in Kurram has made similar announcement over inadequate security for the vaccinators.

TNN correspondent reported that 141 families in the remote Kata Sarkoz Gharibay area in Mohmand are boycotting the vaccination over alleged injustice over Khanqah Marble issue due to which their 250 children could not get vaccination dose. The tribal elders who announced vaccination boycott alleged that a fake lease of Khanqah Marble was issued in 2011 and then a contractor occupied it in connivance with the administration.

The local people said they were left with no option but to boycott polio vaccination to convey their grievances to higher authorities. They argued that if their children are dying with hunger, then it doesn’t matter for them that they are vaccinated or not. They demanded the chief minister and Mineral Department to close the mine forthwith and remove the “illegal” contractor, otherwise they would stage a sit-in in Islamabad. The administration and vaccination staff were unable to convince the elders for ending boycott till filing of this report.

On the other hand, Dr Qaiser Hasan, focal person of doctors in Kurrram who have announced boycott of polio and corona vaccination, told media that doctors were compelled to stop the process temporarily owing to some incidents during recent days in which people misbehaved with them and also threatened them.

Dr Qaiser said two days ago the vaccination was full with people and a person took out his pistol and threatened to kill a doctor. He said no action was taken against that person despite complaints. He also demanded withdrawal of FIR against lady doctor and other staff. He said the health staff has not been provided adequate security due to which they feel insecure. He demanded the government to resolve this issue.