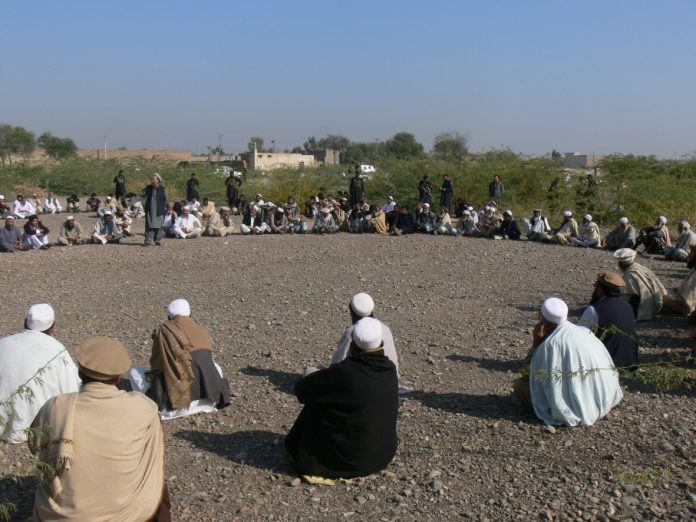 BARA, December 1: Tribesmen and political administration in Bara tehsil of Khyber Agency have set up a committee to revive local culture and maintain peace.

TNN correspondent says Shalobar tribesmen held a meeting, with former state minister Malik Waris Khan Afridi in the chair. The meeting formed a 36-member committee, which would make efforts to maintain peace with the help of political administration.

Mr Waris Khan told TNN that the formation of the committee was not meant to fight any group but that it would take measures to maintain peace in Bara.

“We just want to play our role for dispute resolution and peace in Bara. We don’t want to fight any specific group but just wish to restore peace in the area,” stated Mr Waris Khan.

He said the committee, in collaboration with political administration officials, would make efforts to restore businesses of local tribesmen and rehabilitate the displaced population.