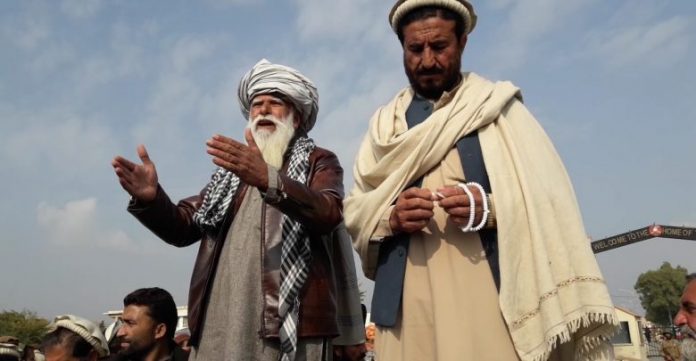 According to the Emergency Operations Centre (EOC), poliovirus was confirmed in samples of a six-month-old boy in Topi area of Swabi. It is the first polio case this year from Swabi, which has set the alarm bells ringing both for the parents and vaccination officials in the whole district.

The EOC said the affected child was not administered anti-polio vaccine by parents.

With the emergence of new case, the tally in Pakistan this year has mounted to 99. The most number of cases have surfaced from KP with 73 cases, followed by Sindh with 14 cases, Balochistan with seven cases and Punjab with five cases. In KP, Bannu and Lakki Marwat are the most affected districts with 24 and 22 cases respectively, eight cases have surfaced from North Waziristan, seven from Torghar, two each from Dera Ismail Khan, Hangu and Bannu and one each from Bajaur, Charsadda, Khyber, Shangla, South Waziristan and Swabi. Most of these cases surfaced due to refusal of parents to cooperate with the vaccination teams.

The EOC said a vaccination campaign will be initiated in Khyber Pakhtunkhwa from Monday. The main challenge for the vaccinators will remain the same i.e. giving polio drops to children whose parents are not willing to cooperate. Such is the level of insensitivity and stubbornness in some parts of KP that parents have compromised the health of their children just to follow a misguided thinking. The government has also apparently failed to convince the refusing parents to give polio drops to their children through traditional convincing methods. The situation calls for out of box solutions to overcome the challenge.

The insensitivity of some people in tribal districts towards the grave challenge is depicted from the fact that they have now developed a habit of boycotting polio vaccination over political demands. Darpakhel tribe on Saturday continued protest for second consecutive day in North Waziristan against unfulfilled demands. They said they will continue boycott of polio vaccination till acceptance of demands.

The protesters alleged that their lands have been occupied by their rival tribe and the administration is siding with them. They vowed to intensify their protest if the matter remained unresolved.