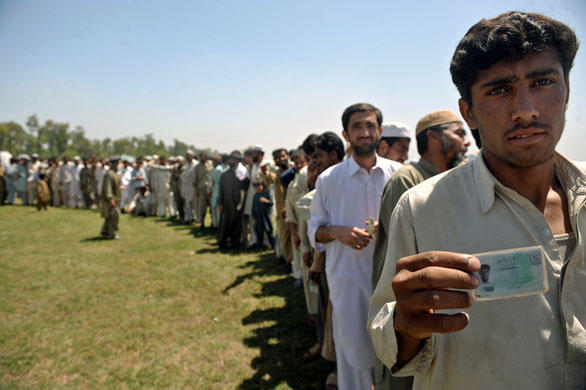 WANA, 15 December: The recently returned tribesmen of South Waziristan agency have asked the government to establish facilitation centers in each tehsil of the agency as they had been facing hardships in getting financial assistance through the Prime Minister Cards.

The local residents said that the facilitation centers had been established only in two tehsils of the agency while the remaining four tehsils did not have the facility. They added that the people of these tehsils had to travel long way to get the cash assistance.

“The government should establish facilitation centers in each tehsil of the agency, increase the staff strength and install ATM machines so that people can easily get the cash amount without any difficulty,” said Manzoor Ahmad, a resident of the South Waziristan agency.

“The centers are all the time crowded with people as there are thousands of tribesmen who have been getting the cash amount. They have to stand in long queues for hours. There are always chances of stampede in the crowds,” he added.

On the other hand, in-charge of the Mandana facilitation center in tehsil Sararogha, Iqbal said that they had been trying to establish these centers in each and every tehsil of the agency to facilitate maximum number of people.

It merits a mention here that the federal government had been giving Rs4000/- cash grant per month to each family of the South Waziristan through the Prime Minister Card. The cash assistance was approved for four months.