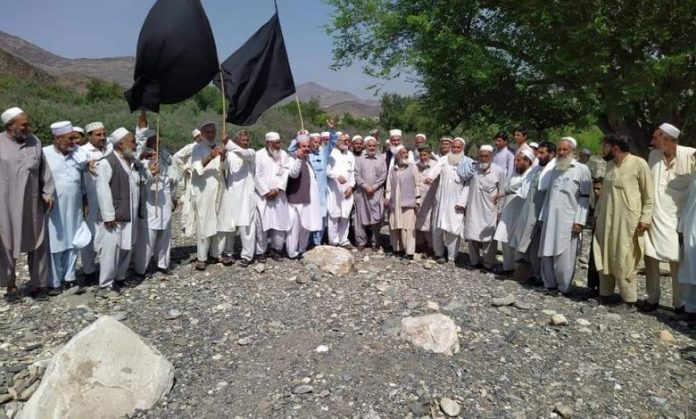 LANDIKOTAL: Tribal elders in Khyber tribal district on Tuesday held a jirga and staged a sit-in against establishment of a police station in Landikotal and earlier merger of erstwhile Fata with Khyber Pakhtunkhwa.

TNN correspondent reported that the sit-in in Loe Shalman area of Landikotal was led by Khyber Qaumi Jirga chairman Malik Bismillah Khan Afridi. Participants of the Jirga and sit-in criticised the establishment of a police station in Loe Shalman and vowed to strengthen the movement against the Fata-KP merger.

The tribal elders said Loe Shalman needs schools, colleges, hospitals, roads, parks, gas, electricity and water supply schemes, but the authorities have prioritised establishment of a police station. They said roads of Shalman are in dilapidated condition, and basic facilities are missing due to which the local people are facing difficulties. They said the government must focus on providing basic facilities of life to the local residents instead of building police stations.

A meeting against the police station and merger was also held in Kam Shalman which was attended by a large number of people from different walks of life.

Participants of the meeting said they want their basic rights, but the government is wasting resources in less important projects. They alleged that the people of Shalman and rest of tribal districts were deceived in the name of merger; therefore, they are resisting the establishment of police stations. They said they will never recognise the merger come what may.

Malik Bismillah Khan Afridi, Malik Sardar Azam Afridi, Malik Abdur Razzak, Malik Tehmash Khan and other elders said the tribal system is the best one and police system cannot be a better alternative for tribal people. They alleged that the minority decision of merger was imposed on majority for vested interests, which will never be accepted by the local people.

Malik Bismillah said every effort will be made to bring back the tribal system in merged districts. He said the movement for restoration of tribal system will be accelerated and taken to its logical conclusion.

Participants of the Jirga and sit-in vowed to make the movement for restoration of tribal system successful with their determination.