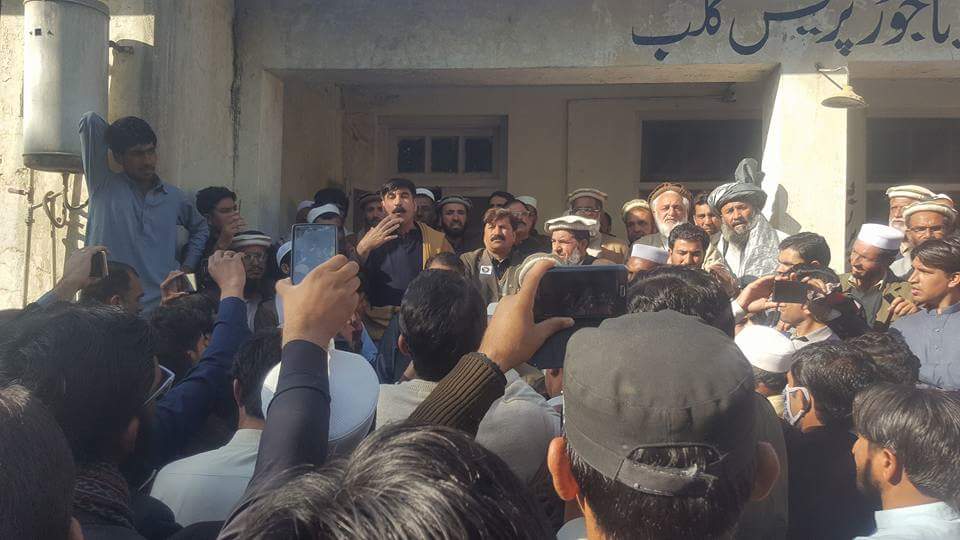 PESHAWAR, 18 December: Anti-FCR rallies and public meetings were held in different parts of the federally administered tribal areas on Sunday under the banner of Fata Political Alliance.

According to our correspondents’ dispatches, the tribesmen in these gatherings strongly demanded the immediate merger of Fata in Khyber Pakhtunkhwa.

Our correspondent from Bajaur Agency’s headquarter Khar reported that a grand rally was taken out against FCR in which leaders of different political parties including Jamaat-e-Islami, ANP, PPP, PTI and larger number of tribal people participated.

The participants of the rally marched from the press club to the Khar bazaar. Addressing the participants, JI’s local ameer Qari Abdul Basit, PPP’s former MNA Akhunzada Chattan, Aurangzeb Inqilabi, ANP’s Gul Afzal Khan and other leaders termed FCR the main cause of the backwardness of the tribal areas and the people.

They said the people of Fata had been deprived of their basic Constitutional rights.

They said due to the opposition of the two leaders, the reforms process had been halted by the government.

They said it was beyond the understanding of common people that why the two political stalwarts were favoring the FCR.

Akhunzada Chattan while criticizing Mehmood Khan Achakzai, said he had been advocating the unification of Pakhtuns throughout his political career but he now he had been opposing the merger of Fata and KP.

He also regretted that Pakhtun leaders had been creating hurdles in the unification of Pakhtuns.

The tribesmen asked that if Maulana Fazal ur Rahman was so concerned about the people of Fata, where was he when the tribesmen were forced to abandon their homes and live in IDPs camps.

They said the role of the JUI leader in the Fata reforms process was regrettable.