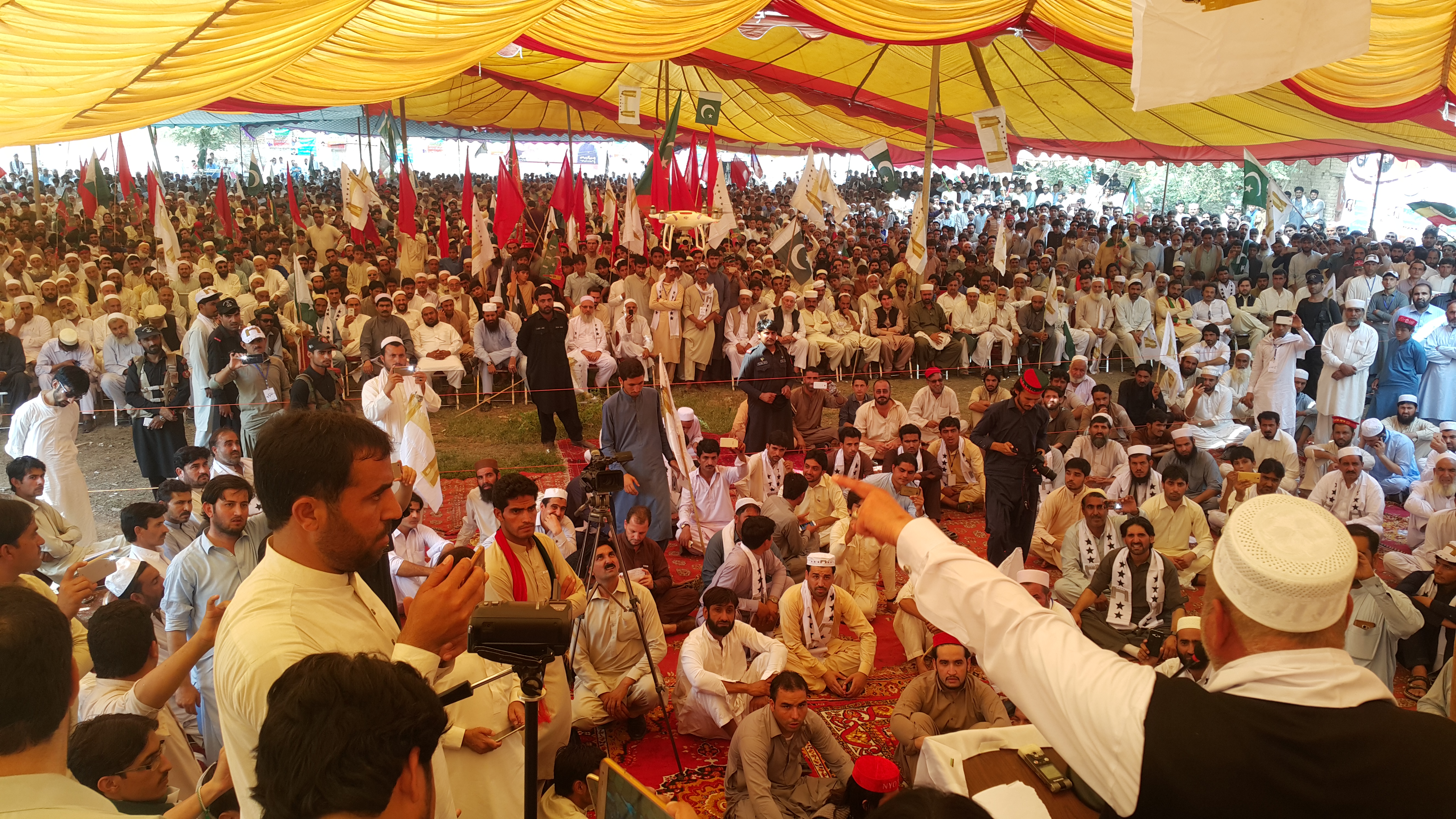 BARA, 24 September: Fata parliamentarians and other noted leaders have threatened to hold a massive protest sit-in in the federal capital if the government failed to implement Fata reforms before October 9.

The deadline was given by members of National Assembly Shah Jee Gul Afridi, Shahabuddin Khan, noted lawyer Abdul Latif Afridi and other leaders during a huge public gathering held in Paka Tara area of Qambar Khel tribe on Sunday. The gathering was organized under the banner of Fata Reforms Movement.

Addressing the gathering speakers urged upon the federal government to abolish the draconian law and immediately merge Fata into Khyber Pakhtunkhwa.

They also demanded that Fata should be given representation in the Khyber Pakhtunkhwa assembly before the 2018 general elections and extend the jurisdiction of higher judiciary to the tribal areas.

The tribal leaders came down hard on Maulana Fazal Rahman and Mehmood Khan Achakzai for opposing Fata reforms and dubbed them as enemies of the people of Fata.