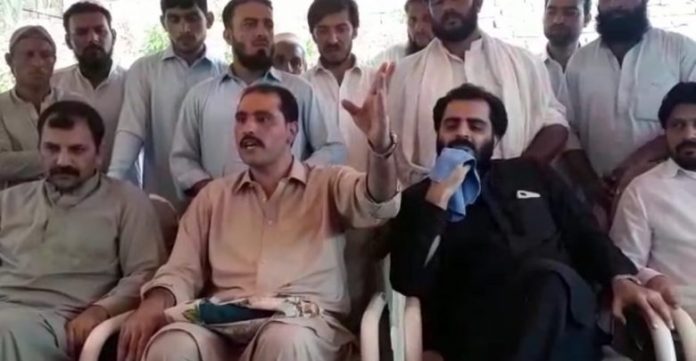 CHARSADDA: Family of Nasir Jamal, who is one of the accused the brutal murder of three bothers in Umarzai, has said that he has been implicated in the case to protect the prime accused in the case.

His brother, Yasir Jamal, while addressing a press conference in Charsadda said that they reject the Joint investigation team report and asked the high police officials that the CCTV footage of the tragedy is available which should be examined to know the actual person involved in the triple murder case.

Yasir Jamal alleged that only Nadir Khan is responsible for the murder of three brothers but since he is influential and has contacts with high police officials, the KP police are trying to clear his name from the crime. “My brother was not even present on the crime spot as he was in his own Hujra with his friends at the time of the incident,” Yasir Jamal said. He said that he has all the witnesses available who can testify that Nasir Jamal was not involved in the triple murder case.

On May 26, three brothers were gunned down in Ali Jan village in the jurisdiction of Umarzai Police Station in Charsadda over a property dispute. The Khyber Pakhtunkhwa Inspector General of Police Mohammad Naeem Khan has constituted a Joint Investigation Team (JIT) to probe the triple murder case in Umarzai.

The DPO said that Pir Mohammad’s arrest was a great breakthrough in the case which would help the police in the arrest of the two other accused. He said that all protection would be provided to family members of the deceased brothers.