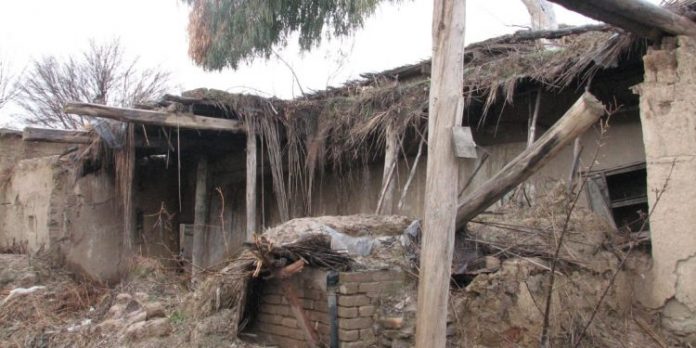 KALAYA: After conclusion of military operation and restoration of peace in Orakzai tribal district, the temporarily displaced persons (TDPs) returned to the area in a hope of resuming their normal life.

Like other tribes, the people of Alikhel tribe also returned to their native villages after restoration of peace. However, many of them are still living in mosques and government schools as they did not get adequate compensation for their damaged houses. Most of the people are poor and cannot afford to rebuild their damaged houses from their own pocket.

The process of the repatriation of displaced people from Alikhel tribe hailing from Khanki Kot area was initiated after completion of the military operation. However, when the tribesmen returned, they found that their homes, schools hospitals and other structures were completely damaged. Some of the tribesmen initiated rebuilding of their houses from their own pocket after which the government paid them Rs400,000 compensation. However, the tribesmen said it was impossible to reconstruct the house with Rs400,000 as construction material and services of constructors are very expensive.

Alikhel Welfare Organisation president Muhammad Najeeb said while talking to TNN that the Rs400,000 compensation for rebuilding of damaged houses was not enough. However, he said, the locals started reconstructing their houses as they had no other option and they had to provide shelter to their children and women. He said the houses built with the meagre amount were not strong enough and boundary walls and roofs of many houses collapsed during recent rains.

Said Janan, another local resident, told TNN that no relief team from the government has visited the area. He said not even a single government official has contacted the local population to assess damages and help the needy people.

“Our women and children had to live in government schools in extreme cold weather, while the men are living in mosques,” he said.

He called upon the government to take notice of the situation in the area and help the people rebuild their houses. He said the tribesmen are patriotic people and have offered many sacrifices for the country, therefore, they deserve better treatment and care.