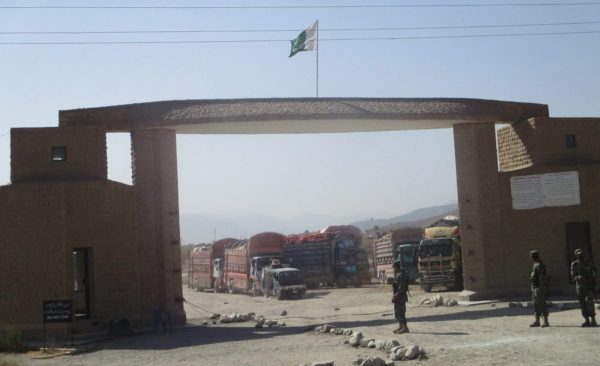 Malik Shah Muhammad said while talking to media persons that all the three sites are suitable for the project as they are located on the main road outside the city. The minister also discussed the project with General Officer Commanding (GOC) North Waziristan Major General Shakirullah Khan Khattak.

The minister said the establishment of truck terminals at the Pak-Afghan border will promote bilateral trade and create job opportunities for local youth.

Two months earlier, the Pakistan government issued a formal notification regarding end of condition of change of drivers at Zero Point on Torkham border.

After the new notification, the drivers of both Pakistan and Afghanistan got permission to enter the other country in their loaded goods vehicles. Previously, the drivers used to be changed at Zero Point as a precautionary measure to avoid the spread of coronavirus.

At a time when coronavirus was spreading rapidly in Pakistan, the government had imposed a condition of change of driver at the border as a precautionary measure. The drivers and transporters were facing difficulties due to this restriction.

On August 12, the government had announced to end the condition of change of drivers of vehicles transporting goods at Torkham border to further boost trade activities.

The drivers and transporters hoped that the remaining issues at the border will also be resolved soon. Now the traders are making demands of similar facilities at Chaman border.

Pakistan closed all the border crossings with Afghanistan, including Torkham border, in March due to the fears of spread of coronavirus. The borders were gradually reopened after four-month closure after successful talks between the two governments.