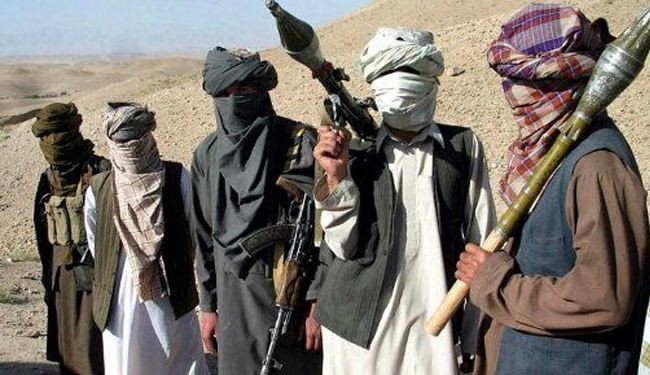 Afghan Taliban ascendancy in Kabul has opened a new chapter in region’s geo-politics. This has also opened avenues for all states to try new policy cards.

However, Taliban military victory does not means an end of conflict in the war-torn country. The situation still remains uncertain. Afghanistan ‘security challenges are serious and need serious efforts to address them. Failure to address those challenges may sow seeds of another war in the country.

One of Taliban’s major security challenges is the presence of Tehrik Taliban Pakistan (TTP) on Afghan soil. TTP’s presence in Afghanistan poses serious security threat to stability of both the Afghanistan and Pakistan. Besides it is also likely to cast its shadows over the bilateral relations between both countries.

Pakistan and Afghanistan need to develop consensus on this issue to avert any untoward situation in future.

What regional powers need to do in Afghanistan

On the other hand, regional powers can either strive to fairly settle the Afghan issue immediately or allow it sow seeds of terrorism by allowing it to fester for longer time.

Post 9/11, the US played the role of spoiler and the same policy is still visible in its hasty departure from Afghanistan.

Pakistan for its part was hopeful that Taliban would disown the TTP and hand them over to Pakistan. However, this assumption proved to be an illusion. Taliban rejected Pakistani demands to disown TPP.

This rejection shows that Taliban want to keep TTP in their ranks as soliders at any cost. For its part, Pakistan has kept silence on this issue as it has many options to use if need arises.

Though Taliban have repeatedly claimed to not allow use of Afghan soil against any country; however, such pronouncements are mere speeches. Such claims also do not reflect ground realities.

TTP is structurally and ideologically more organized, as its focus is narrow and fixed. They have deep socio-cultural and religious linkages with Afghan Taliban.

TTP emerged in response to Pak-US alliance in the War on Terror. They reacted violently to Pakistani state’s attempts to establish its writ in ungoverned spaces of tribal areas. Some of them escaped military operations in tribal areas and settled in Afghanistan and waging war against Pakistan from there.

Pakistan rivals, particularly India exploited this opportunity and established connections with the terrorists group. Its aim was to besiege Pakistan and harm its national security infrastructure.

Indian intelligence agency RAW, their Afghan counterpart National Directorate of Security and Mossad trained TTP in and sponsored them.

Aside from intelligence support to the TTP, Afghan Taliban on account of their ideological linkages had no issue with the former use of Afghan territory against Pakistan. They never reacted to TTP the way they reacted to the ISIS.

What future holds for the TTP?

US withdrawal from Afghanistan has brought both Pakistan and TTP face to face with new realities. TTP still considers Pakistan their arch-enemy which opens door to the possibility of terrorist group security adventure in Pakistan in future.

Therefore, this issue needs to be settled once for all as it has the potential to bring war back to our streets.

This reflects state’s readiness to reconciliation with TTP. On the other, even a blanket amnesty to the TTP is also not good idea. It also has the potential to create more problems like the past.

The way out for both the state and TTP

I think a jirga comprising of representatives from Pakistan, Afghan Taliban and TTP should be formed as the issue could not be resolved through official and military channels.

TTP should be listened as they have their families and property in Pakistan. Their grievances and conditions should be accepted, except their self-styled Islamic movement, which they had practiced in some parts Khyber Pakhtunkhwa in the past.

Besides their affiliations with other organizations including their relations with the Afghan Taliban should be banned, as the state has the sole right to engage with them. The actual question is offering amnesty to those TTP members who are involved in serious crimes in Pakistan. TTP being a collective body and homogeneous group, the state has no option but to common amnesty to all members, otherwise, reaching on any conclusion seems difficult.

Taliban victory in Afghanistan has been a boon for Pakistan. All its challenges like Indian influence and security dilemma, emanating from Afghanistan to Pakistan now no longer exists.

The author is MPhil scholar at Area Study Center of the University of Peshawar.