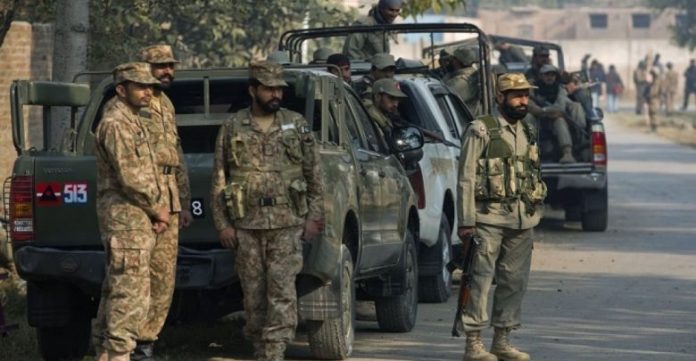 DERA ISMAIL KHAN: A commander of the banned Tehreek-e-Taliban Pakistan (TTP) was killed, while three security personnel sustained injuries in a clash in Dera Ismail Khan on Friday night.

Police said they received information about presence of miscreants in Gara Alam area of Draban tehsil. The police and security forces reached the area and conducted a joint operation. According to police, militants hiding in a deserted house hurled hand grenades and opened fire on the security personnel due to which the Pakistan Army Captain Umair, Elite Force personnel Naseebur Rehman and FC personnel Zeeshan were injured.

The security forces also opened fire and the clash continued for 14 hours. On Friday morning when the clash ended, it was announced that Taliban commander Abdul Hakeem Khan was killed in the firing. He was wanted to police in a number of cases.

In a separate incident, a policeman was shot dead by unknown armed men in the jurisdiction of Panyala Police Station. The slain policeman was identified as Mukhtiar.