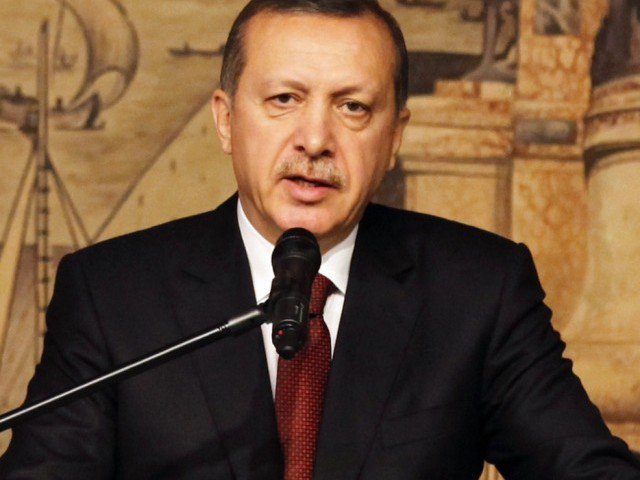 PESHAWAR, 17 November: Turkish President Recep Tayyip Erdogan has termed Fethullah Gülen’s organization as a threat to Pakistan, saying the steps taken by the Pakistani government against the group should be a role model for other countries.

He was speaking at a joint news conference with Prime Minister Nawaz Sharif in Islamabad on Thursday.

Erdogan appreciated the government of Pakistan for asking the Turkish teaching staff of Turk Education Foundation to leave the country.

He said the Turkish government was taking on Gulen’s organization globally, adding different countries all over the world were being contacted and warned about the threat.

Pakistan had promised Ankara it would shut down the Pak-Turk education network which Turkey alleged it had links with Gulen.

Presdient Erdogan said it was obvious that the Gulen’s organization was behind the July 15 failed coup attempt. He said that it was necessary to dismantle the “evil” network.

Fethullah Gulen is a self-exiled cleric currently residing in Pennsylvania, United States. He is the head of the organization which conspired against Erdogan government in July last.

The Turkish President also spokes about the recent turmoil between Pakistan and India on the Line of Control and said the tension along the LoC was having a significant impact on people of Kashmir, and it could not be ignored.

“We are keeping a close eye on tension along the LoC and the loss of life,” he said. “The issue of Kashmir needs a resolution based on dialogue between Pakistan and India, in line with UN resolutions and bearing in mind the demands of our brothers and sisters in Kashmir,” he said.

He said Turkey would not leave Pakistan in the war against terrorism.

The Turkish President urged for increased bilateral cooperation against terrorist organizations including Al-Qaeda and ISIS.

He termed them as the agents of the war carried out against Islam. He said that we should eliminate these bunches of killers, who had no other skill than to shed Muslims’ blood. He alleged that West had been helping these organizations as they had been hurting both Islam and Muslims.

He said that Pakistan and Turkey are brotherly nations and both countries had strengthened bilateral ties in recent years.

He also addressed the joint session of the Parliament for a record third time. He held one-on-one meetings with President Mamnoon Hussain and Prime Minister Nawaz Sharif.

Earlier, he was warmed welcomed upon his arrival to the Prime Minster House. He was also given guard of honor.