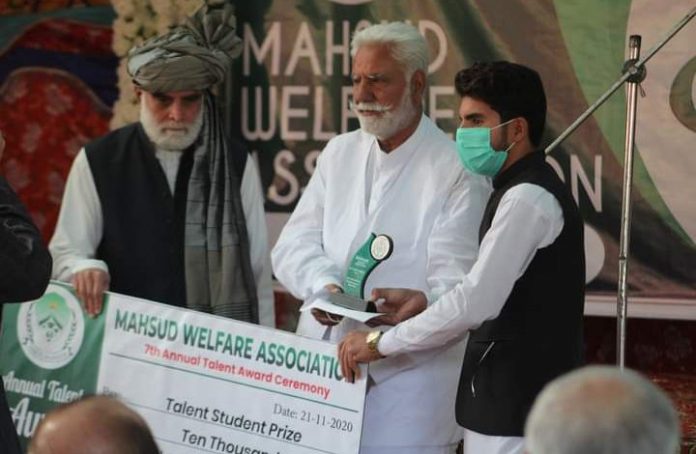 WANA: “My father was martyred during military operation Rah-e-Nijat in South Waziristan tribal district. At that time it was almost impossible for me to get education as my family was even finding it hard to arrange two-time meal.

This was stated by Shakir Gul, hailing from Ladha tehsil of South Waziristan, who is currently enrolled in Khyber School and College Dera Ismail Khan. Shakir had decided to leave education after passing fifth grade due to financial constraints, but then Mehsud Welfare Organisation (MAWA) came to his life as a ray of hope.

Shakir said he wrote an application to MAWA and appeared in a written test after which the representatives of the welfare organisation encouraged him to continue his education and agreed to bear all expenses in this regard. His education is still continuing, thanks to MAWA.

The non-governmental organisation (NGO) has so far sponsored education of thousands of students since its creation in 2014. According to an unofficial estimate, the population of Mehsud tribe is about 1.5 million. About 80,000 houses and a large number of educational institutions were destroyed during operation Rah-e-Nijat in South Waziristan.

MAWA Chairman Rehmat Khan Mehsud said people of Waziristan suffered massive damages due to terrorism. He said the purpose of establishment of MAWA was to do something positive for Mehsud tribe. He said the special focus of his organisation remains on education. He said a whole generation was affected due to terrorism wave in Waziristan and students shifted to DI Khan, Tank, Karachi and other parts of the country. At least 70 percent of displaced people were poor and could not arrange education for their children.

Rehmat Mehsud said currently his organisation is providing scholarships to 1,500 students in different educational institutions in the country. He said MAWA is also helping 141 orphan children with the help of other welfare organisations. He said his organisation also arranges talent award show in Waziristan every year to encourage talented male and female students.

MAWA Vice Chairman Jahanzeb Barki said the support of elders of Mehsud tribe was vital for supporting education of deserving displaced youth. He said MAWA has vast network of students support in Karachi. He said MAWA not only supports students, but also regularly checks their progress.

Jahanzeb Barki said establishment of Education City was among the top agendas of MAWA the foundation of which was laid in March 2016. He said the KP government also provided Rs500 million for the project keeping in view its importance.