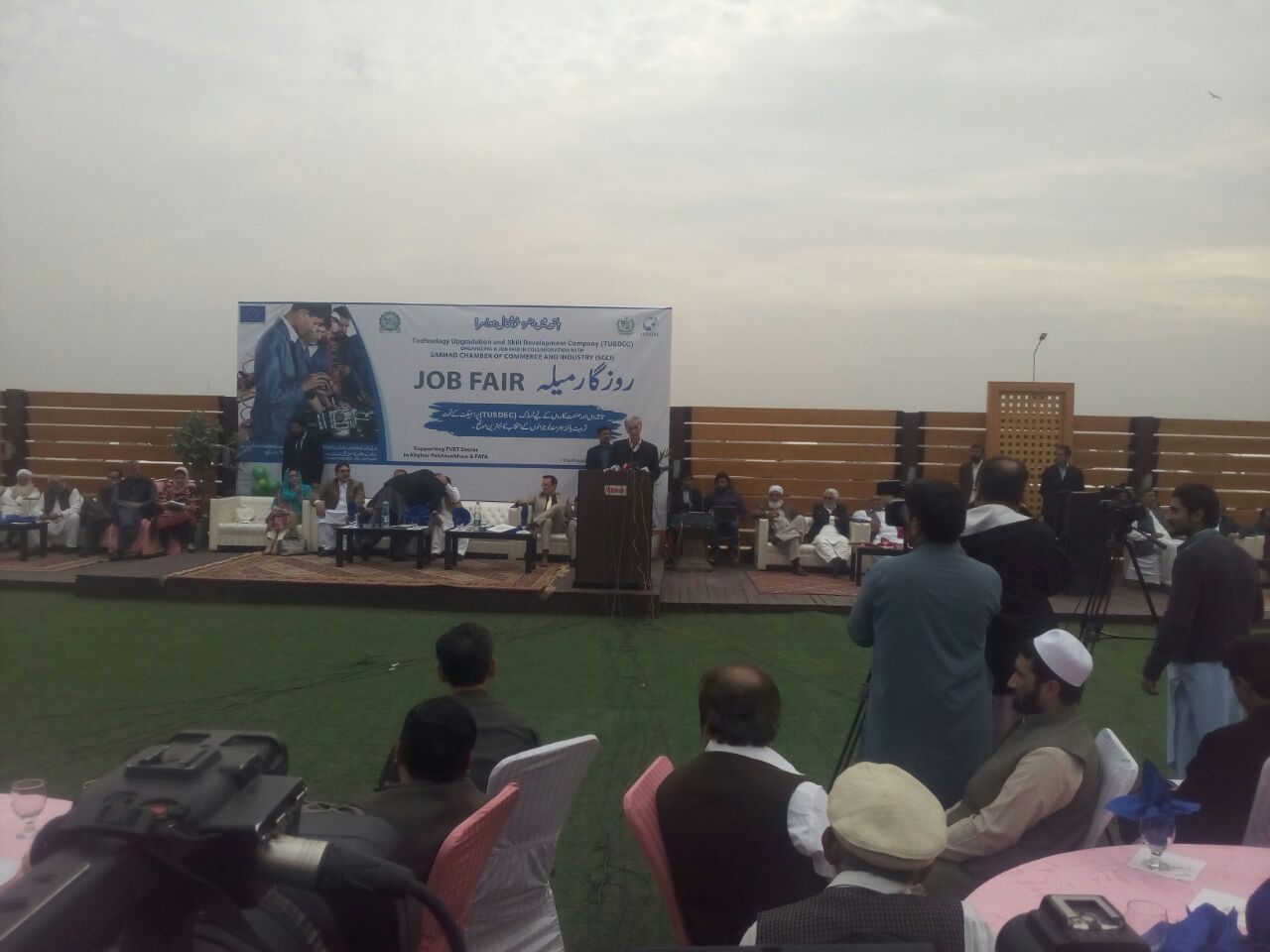 PESHAWAR, 29 November: A job fair was jointly organized by Technology Upgradation and Skill Development Company (Tusdec) and Khyber Pakhtunkhwa Chamber of Commerce and Industries here at a local hotel on Tuesday.

Large number of skilled but unemployed girls and boys turned up at the fair to get information about new opportunities in technology based industries.

Noted traders and industrialists were also invited to the fair by the organizers who collected resume’ from young aspirants.

Khyber Pakhtunkhwa Chief Minister Pervez Khattak also visited the fair. He while addressing the participants, appreciated the efforts of the organizers for holding the event and urged the skilled youngsters to benefit from it.

Zeenat Bibi, a spokesperson of the Tusdec told TNN that the basic objective of holding the fair was to bridge the gap between the skilled youth and the industrialists and bring them close to each other so that they could make contacts with each other in future.

A physically disabled youngster Yousaf, who had skills of making uninterruptible power supply (UPS) units, had also come to the fair with the hope to get a job. He told TNN that he submitted his CV and other credentials with different organizations of UPS making and tailoring. Yousaf hoped that he would be called for interview and get a job.

The organizers of the fair had also set up about 50 stalls where locally manufactured products and handicrafts prepared by local artisans were put on display. The visitors took keen interests in the stalls.

Ms Mehnaz, who arranged a ladies’ garments stall told TNN that she had put on display different handicrafts including Swati shawls, Sindhi and Balochi garments and other items. She said large number of people visited her stall and purchased different items.