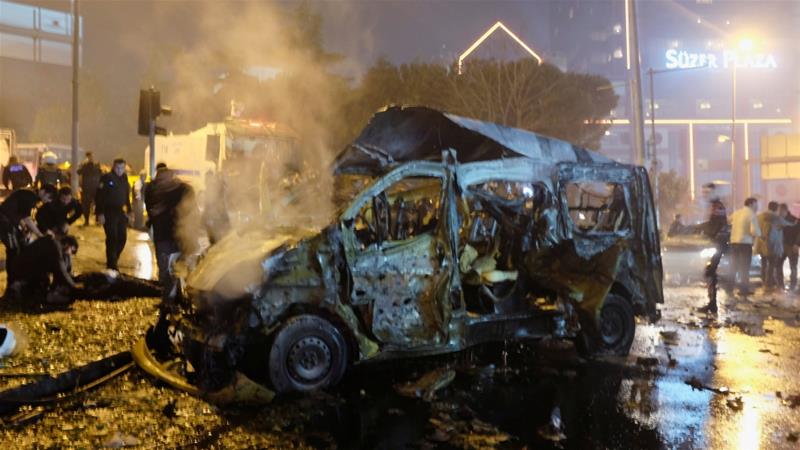 PESHAWAR, 11 December: At least 29 people were killed and 166 others injured in two bomb blasts in Istanbul city of Turkey on Saturday night.

Media reports said a car bomb blast and a suicide explosion were carried out outside a sports stadium. Policemen were the main target of the blasts.

Turkish President Recep Tayyip Erdogan confirmed the blasts and said it was a terrorist act. The Turkish home minister said 20 policemen were also injured in the two blasts.