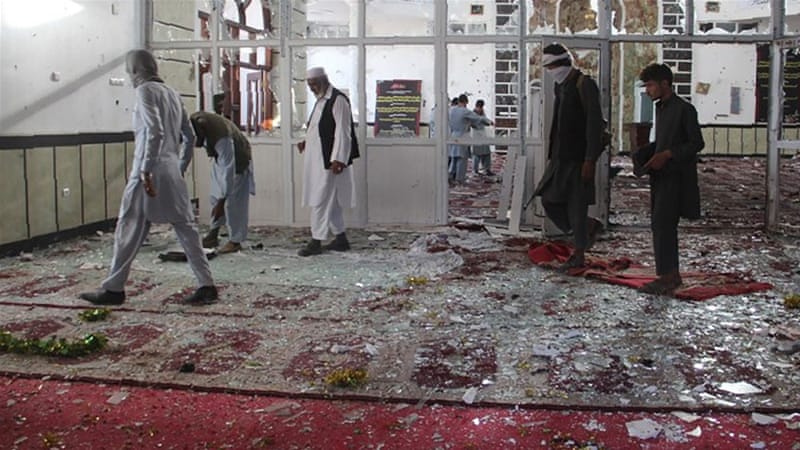 PESHAWAR: Over 30 worshippers were killed in twin suicide blasts in a mosque in Gardez City of Paktia province in Afghanistan on Friday.

According to Afghan media reports, the blasts happened when two suicide bombers entered Sahib-ul-Zaman Mosque in Khwaja Hassan area at around 1:20pm. The attackers then opened fire on security guards of the mosque. The attack happened when the worshippers from Shia sect were offering Friday prayer.

The UN Assistance Mission in Afghanistan (UNAMA) said in a report last month that the number of civilians killed in Afghanistan reached a record high in the first half of the year, despite last month’s ceasefire, with a surge in suicide attacks.