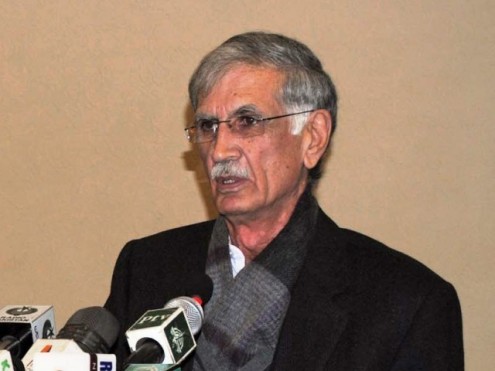 PESHAWAR, August 19: While the Pakistan Tehrik-e-Insaf (PTI) leaders and activists are protesting in the federal capital Islamabad to oust the federal government led by Prime Minister Mr Nawaz Sharif, opposition members in the Khyber Pakhtunkhwa Assembly have submitted vote of no-confidence against the PTI’s Chief Minister, Mr Pervez Khattak.

The lawmakers said the chief minister had lost their trust and that he did not have any authority to stay in the office now.