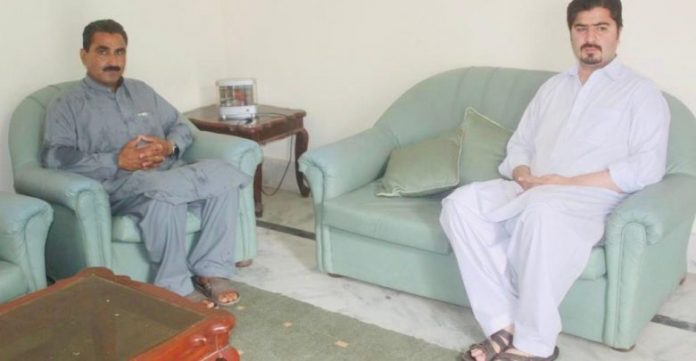 Earlier, Member National Assembly from ANP Ghulam Ahmed Bilour was also diagnosed with coronavirus and recovered after treatment. The ANP secretary general Mian Iftikhar Hussain had also contracted coronavirus after which he had quarantined himself at his house. However, his elder brother, Sareer Hussain died of coronavirus during treatment at a hospital in Islamabad. During the funeral, the condition of Mian Iftikhar also worsened and he was taken to hospital.

The funeral prayer of MPA from the ruling Pakistan Tehreek-e-Insaf (PTI) Mian Jamsheduddin Kakakhel, who died of coronavirus, was held on Wednesday after which he was laid to rest at his ancestral graveyard in Kaka Sahib in Nowshera.

The funeral time was fixed at 2:00pm, but it was offered at 3:00pm with a delay of one hour. Hundreds of relatives and other people besides government officials attended the funeral.

Jamsheduddin Kakakhel won the KP Assembly polls in 2018 on the PTI ticket from PK-63. He was twice elected as member of the KP Assembly from the same constituency. Jamsheduddin was considered very close to former chief minister and the PTI senior leader Pervaiz Khattak.

The lawmaker’s son, Mian Umar Kakakhel and brother Mian Shabbiruddin Kakakhel had also contracted coronavirus, but they have not recovered and their tests have come back as negative.

ANP asks govt to bring back bodies of Pakhtun workers

The Awami National Party (ANP) leaders in Mardan have demanded the government to bring back the bodies of Pakistani workers who died of coronavirus in Gulf countries.

The ANP president for Mardan chapter Latifur Rehman, general secretary Haroon Khan and other leaders said at a press conference that a large number of Pakhtun workers have gone to Saudi Arabia after taking loans and they are sending valuable remittances to Pakistan.

The ANP leaders claimed that there are 411 bodies of workers in Riyadh and 209 in Jeddah, while hundreds of Pakhtun workers have also died of coronavirus in Dubai, Qatar and other countries. They said due to no place in morgues, the bodies had to be kept in hujras and vehicles, while the Pakistan government was not taking serious steps for bringing back these bodies.