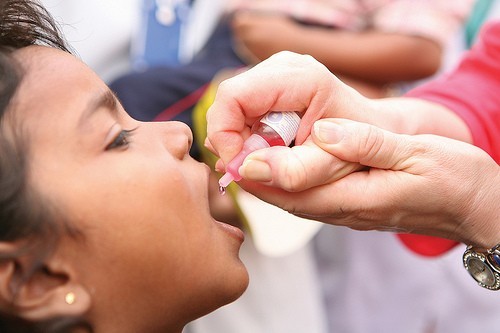 The officials said that the virus detected from sewage samples in Bajaur during the last few months has infected a five-year-old girl and a seven-year-old boy.

The polio virus was isolated from stool samples of both children which presented symptoms of facial palsy and slight weakness, as multiple doses of Oral Polio Vaccine (OPV) had boosted their immunity.

They added that both the children have been administered anti-polio drops seven times.

With the emergence of these two cases, the number of polio-affected children rose to three in Bajaur and to eight in overall Pakistan.